The Legal History of Federally Granted Railroad Rights of Way is a new paper by Darwin P. Roberts, a U.S. Attorney in Seattle. Here's the abstract: 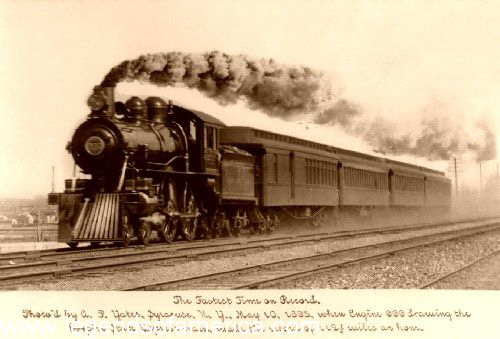 In the nineteenth and twentieth centuries, the United States government granted railroads thousands of miles of rights of way out of the federal public lands. Court decisions, including an influential 1942 opinion by the United States Supreme Court, have held that there was a major shift in federal right of way granting policy in 1871, the year that the federal government ceased granting "checkerboard" land subsidies to railroads. Courts have held that as a consequence, the federal government has retained only limited rights in railroad rights of way that it granted after 1871. The courts have upheld Fifth Amendment "takings" claims against the government's reuse of such rights of way for purposes such as "rail trails."
This article contends that there is no historical evidence for an 1871 shift in federal right of way law. Based on a review of the history of federal railroad right of way grants and federal railroad land subsidy grants, it concludes that federal right of way grants were part of a Congressional policy that was consistent both before and after 1871. Under that policy, the federal government did not grant railroads full title to their federally granted rights of way. Instead, the government retained ownership and/or control of those rights of way sufficient to control their disposition if later abandoned by the railroads. It concludes, therefore, that the United States government should not be liable for Fifth Amendment "takings" claims based on new uses of federally granted railroad rights of way.
Mary L. Dudziak at 8:46 AM
‹
›
Home
View web version