A history of the NSA, 1989, Thelonius Monk and more in the book reviews

A quick round-up from the book pages:
The Secret Sentry: The Untold History of the National Security Agency by Matthew M. Aid is reviewed in the New York Review of Books. James Bamford writes: 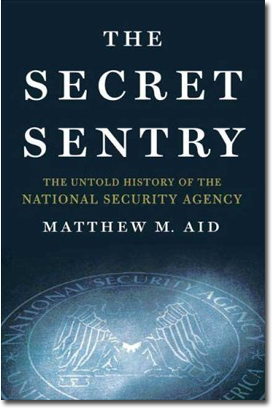 Matthew M. Aid has been after the NSA's secrets for a very long time. As a sergeant and Russian linguist in the NSA's Air Force branch, he was arrested and convicted in a court-martial, thrown into prison, and slapped with a bad conduct discharge for impersonating an officer and making off with a stash of NSA documents stamped Top Secret Codeword. He now prefers to obtain the NSA's secrets legally, through the front door of the National Archives. The result is The Secret Sentry: The Untold History of the National Security Agency , a footnote-heavy history told largely through declassified but heavily redacted NSA reports that have been slowly trickling out of the agency over the years. They are most informative in the World War II period but quickly taper off in substance during the cold war....

While much of the terrain Aid covers has been explored before, the most original areas in The Secret Sentry deal with the ground wars in Afghanistan and Iraq, where the NSA was forced to marry, largely unsuccessfully, its super-high-tech strategic capabilities in space with its tactical forces on the ground. Before the September 11 attacks, the agency's coverage of Afghanistan was even worse than that of Iraq....

Disappointingly, the weakest section of the book, mostly summaries of old news clips, deals with what may be the most important subject: the NSA's warrantless eavesdropping and its targeting of American communications.

Links to Aid's documents are posted at the National Security Archive.
Also in the NYRB, Timothy Garton Ash takes up several books about 1989, including 1989: The Struggle to Create Post–Cold War Europe by Mary Elise Sarotte, and Uncivil Society: 1989 and the Implosion of the Communist Establishment by Stephen Kotkin, with a contribution by Jan T. Gross.
WHEN EVERYTHING CHANGED: The Amazing Journey of American Women From 1960 to the Present by Gail Collins is reviewed in the New York times by Amy Bloom, who find it a "smart, thorough, often droll and extremely readable account of women’s recent history in America."
Also in the NYT are reviews of WORSE THAN WAR: Genocide, Eliminationism, and the Ongoing Assault on Humanity by Daniel Jonah Goldhagen, and STRIPPING BARE THE BODY: Politics Violence War, which collects essays from the last two decades by Mark Danner.
And THELONIOUS MONK: The Life and Times of an American Original by my USC colleague Robin D. G. Kelley is reviewed in the New York Times.
Mary L. Dudziak at 11:54 AM
‹
›
Home
View web version