Ransel on the Ability to Recognize a Good Source

I'm a big fan of the "Art of History" column in the American Historical Association's monthly newsmagazine (Perspectives on History). According to the latest installment, by David Ransel (Indiana University), one of the "arts of history" is "the ability to recognize a good source." 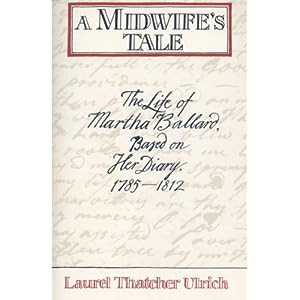 We know about the extraordinary influence of books such as Montaillou by Emmanuel Le Roy Ladurie and The Cheese and the Worms by Carlo Ginzburg. These talented historians were able to tell a compelling story and explain its meaning for us. But the initial success was their ability to recognize what could be learned from the trial transcripts they came upon during their work on the Inquisition. Indeed, Le Roy Ladurie’s principal source had been published a decade before his study. He was the first to realize its possibilities. Ginzburg had been struck by a reference in a document in the Udine archives to a defendant who held that the world had its origin in putrefaction. Because he was busily searching for material on a different topic, Ginzburg merely noted the number of the trial about the world’s beginnings for future reference. Luckily for us, the defendant’s curious belief stirred Ginzburg’s memory from time to time, prompting him years later to return to the trial document to see if he could understand what the man we now know as Menocchio had meant by his statement about the world’s origin.

My favorite example of a master of the art of recognizing a good source is Laurel Thatcher Ulrich. She was not the first person to encounter the diary of Martha Ballard, on which she based her book A Midwife’s Tale. Several historians had looked through the diary at the Maine Historical Society and set it aside because, as Ulrich recounted, they found that it contained much the same thing day after day. Most likely, they also rejected it because the daily life of a midwife did not qualify as history with a capital H. Laurel Ulrich, by contrast, was interested in learning about how women served their communities, and a knowledge of textiles suggested to her that the patterns of family obligation and professional work evident in the diary wove a revealing fabric of the social and economic contributions of women.

You can read the rest of the column here. Ransel goes on to consider why recognizing a good source is so difficult, even when it is easily accessible. He concludes by suggesting how historians "can stay open to discoveries that lead to fresh insights."
Karen Tani at 7:43 PM
‹
›
Home
View web version