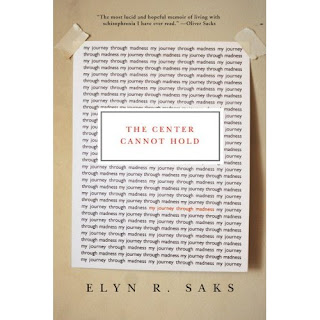 Elyn Saks, my USC colleague, has made Time Magazine's top ten list in Non-fiction for 2007 with her extraordinary memoir, The Center Cannot Hold. Previously noted on the Legal History Blog.

According to Time:
Saks was valedictorian at Vanderbilt and a Marshall scholar at Oxford before she got her law degree from Yale. She also suffers from schizophrenia that has caused her to experience wild hallucinations, debilitating paranoia and violent psychotic breaks. As a clear-eyed portrait of a brilliant mind run off the rails, Saks's memoir recalls novels like The Bell Jar and I Never Promised You a Rose Garden. (Another great memoir of mental illness from 2007 that deserves a mention is Look Me in the Eye: My Life with Asperger's, by John Elder Robison, brother of the bestselling writer Augusten Burroughs.)

Also listed are:
The Nine: Inside the Secret World of the Supreme Court by Jeffrey Toobin and Legacy of Ashes: The History of the CIA by Tim Weiner.
Posted by Mary L. Dudziak at 5:04 PM