"One Law for All?: Western Models and Local Practices in (Post-) Imperial Contexts"

Via the Law & Politics Book Review, we have word of an interesting collection of essays: Stefan B. Kirmse, ed., One Law for All?: Western Models and Local Practices in (Post-) Imperial Contexts (Campus Verlag, 2012). Here's a description from the University of Chicago Press (which is distributing the book for Campus Verlag):


Examining new archival material from the nineteenth and early twentieth centuries, One Law for All? discusses legal transfer and practice in imperial and post-imperial societies, including Russia, Latin America, Africa, and East Asia. The essays collected here analyze the legal sphere as a site of struggle, both in debate and in everyday life, from the level of universal aspirations to particular local practices. The contributors explore the ways in which both lawmakers and ordinary people talk about and actively use the law, thereby telling a story of contested European hegemony, local assertions, and multiple legal borrowings. 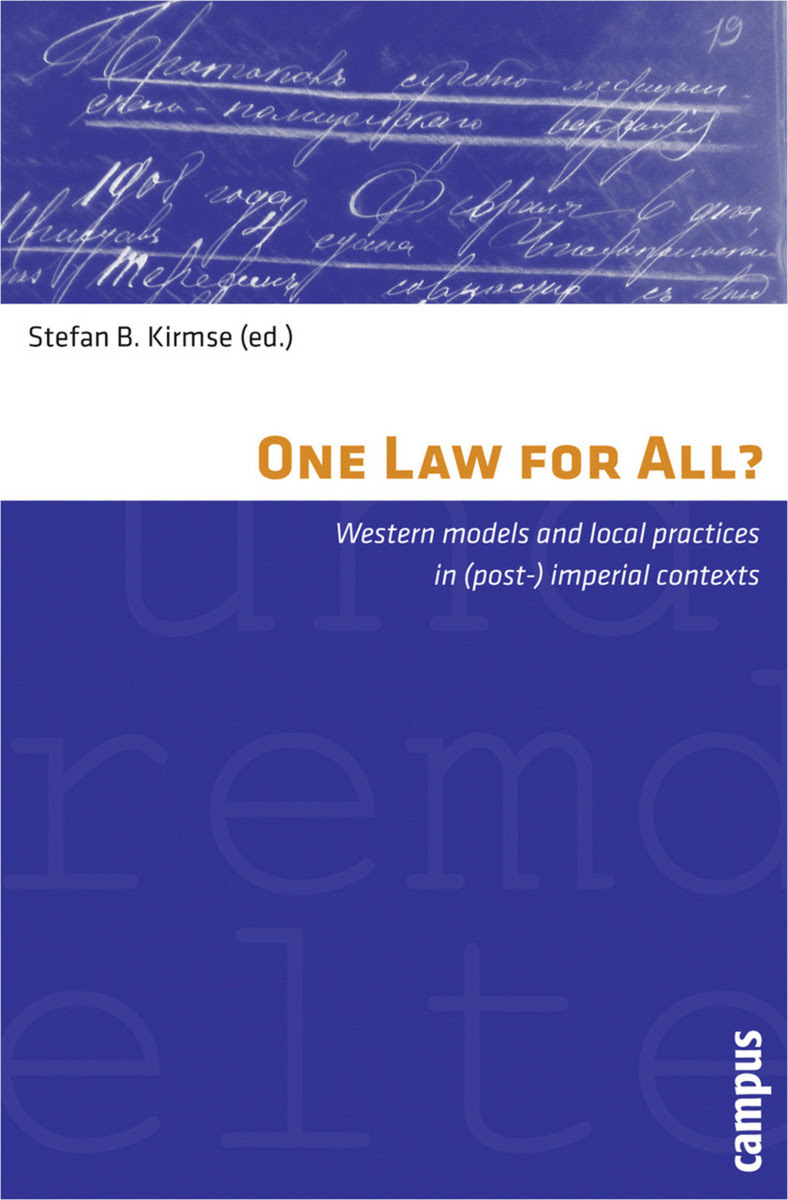 A New Legal Order under Discussion: Legal Reform and the Loya Jirga in Afghanistan in the 1920s / Benjamin Buchholz 67

Gatekeepers to the Legal System: The Role of Legal Intermediaries

Tinterillos, Indians, and the State: Towards a History of Legal Intermediaries in Post-Independence Peru / Carlos Aguirre 119

The Ties that Bind: Sovereignty and Law in the Late Russian Empire / Jane Burbank 153

When People Go To Court

Entanglements and Interactions within a Plural Legal Order: The Case of the German Colony Cameroon, 1884-1916 / Ulrike Schaper 243

And here's a link to a very comprehensive and thoughtful review, by Jonathan F. Parent (Department of Political Science, Rockefeller College of Public Affairs & Policy, University at Albany, SUNY).
Posted by Karen Tani at 7:00 AM