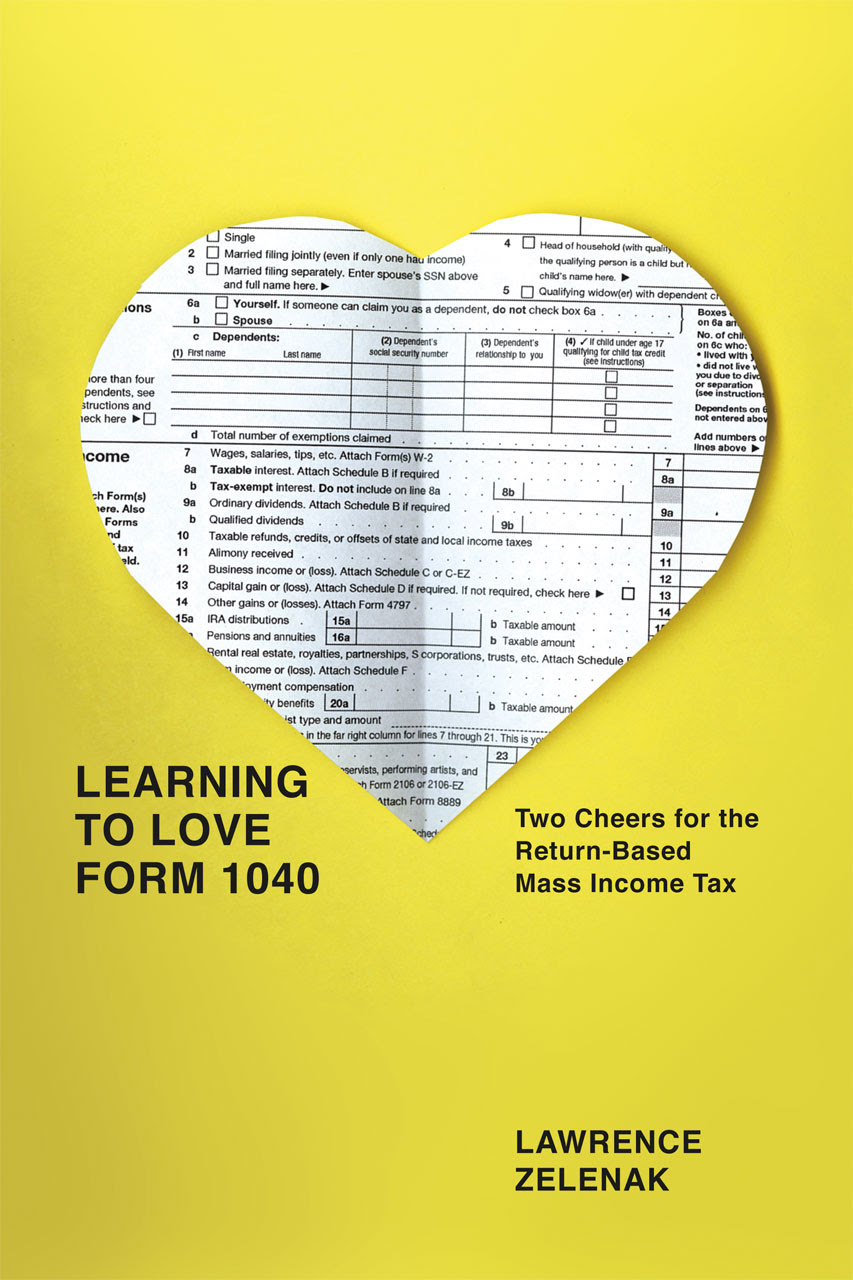 In recent years, numerous lawmakers, policy analysts, and scholars have been decrying the many defects of the present U.S. income tax system. Few have attempted to defend our return-based mass income tax. This essay reviews Learning to Love Form 1040, Lawrence Zelenak’s stirring and persuasive defense of a simplified version of our present federal income tax system. In contrast to the conventional economic critiques, Zelenak explores the underappreciated social, cultural, and political benefits of a return-based, mass income tax. Chief among these, he argues, is the existing regime’s potential to raise the tax consciousness of the average citizen and to enhance modern notions of fiscal citizenship.

In addition to reviewing the central claims and findings of Learning to Love Form 1040, this essay argues that, like most provocative texts, this book is not the final word on U.S. tax reform. In the process of starting an important conversation, Zelenak leaves open several significant issues. After assessing the book’s evidentiary base, particularly its historical claims about the World War II origins of the U.S. mass income tax and changing American attitudes towards taxation, this essay turns to Zelenak’s specific reform proposals and highlights some of the missed opportunities. Finally, the review concludes by contending that Zelenak’s original and inspiring defense of the income tax is a uniquely early twenty-first-century project – one that at times wistfully reflects on an earlier age to show how we can revive a robust and pragmatic sense of fiscal citizenship.