﻿[The following is the fourth in a series of posts on Roscoe Pound and the administrative state. The series starts here.] 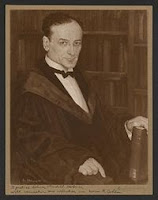 Roscoe Pound’s “Justice According to Law,” published as a series of articles in the Columbia Law Review from December 1913 to January 1914, found an interested reader in the legal philosopher Morris R. Cohen. In an article published later in 1914, Cohen, Felix Frankfurter’s roommate during their years of graduate study at Harvard, praised Pound’s article, albeit faintly. By showing that “life demands of law two seemingly contradictory qualities, certainty or fixity and flexibility,” Cohen announced, Pound had left “little to be desired by the philosopher who wishes to orient himself in this matter.” Once such a philosopher considered “the purely logical aspect of the dialectic” of rule and discretion, however, it quickly became apparent that the “legalist’s dilemma, either a rigid rule without discretion on the part of the judge, or else arbitrary caprice, does not . . . exhaust all possibilities.” Upon careful examination, discretion proved not to be lawless, and rule and discretion, which Pound treated as antitheses, proved inseparable.

Professor Pound was not amused. “I have read your paper ‘Rule vs. Discretion’ in the Journal of Philosophy, Psychology and Scientific Methods for April with a great deal of interest,” he wrote to Cohen in May 1914. Were Cohen to consult “the lawyer’s experience of the layman’s mode of deciding cases” he would see the basis for Pound’s distinction between “rules of reason and arbitrary will.” After deploring arbitration for its adoption of “the line of least resistance by way of compromise,” Pound turned to the subject of these posts:

Unhappily our executive commissions are showing the same lay tendency. One case which may fairly be put as typical is worth referring to. Look at People v. Stephens, 203 N.Y. 7 [1911; sic: Stevens]. In this case, a public service company sought to issue securities which obviously under the facts found by the commission it had no right to issue. Instead of turning down the issue the commission authorized the issue of the improper securities conditioned upon a reduction of one hundred thousand dollars in the capital stock of the company. As a matter of fact, the capital stock had been watered something like two hundred and twenty-five thousand dollars and no possible rule of reason could be put behind authorizing one hundred and fifty-eight thousand dollars of improper securities conditioned upon a reduction of one hundred thousand of two hundred and twenty-five thousand inflated stock. . . . The case went to the Court of Appeals on the claim of the company that the whole issue should be unconditionally authorized based upon a technical construction of the statute. The court rightly rejected this construction and held that the issue should not be authorized at all. Any lawyer who has had experience before commissions knows exactly what happened. A strong argument was made on the construction of the statute and the commission made a feeble compromise with no principle behind it. It is the constant experience of this sort of thing leads lawyers to insist that matters which are not governed by rule be governed by a tangible sort of principle. It is the continual tendency of the lay judge to decide cases in just this way that has always made non-judicial tribunals intolerable. 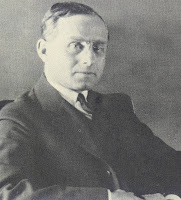 Cohen, taken aback, sent copies of the correspondence to Frankfurter, who had joined the Harvard law faculty in 1913. In reply, Frankfurter conceded that commissions had their shortcomings but noted that judges had also succumbed to the “temptation to take short cuts.” People v. Stevens really was indefensible; still, it could not “touch for rawness the decision of the Supreme Court” in a recent case.

As for Pound, Frankfurter counseled patience and circumspection. “I see several indications of impatiences on his part with a good deal of administration, because, I believe, the facts haven’t fully been brought to his attention,” he explained to Cohen. “I prefer to work those things out in a non-contentious way, casually, as opportunity will amply present itself [in] the coming year.”

Frankfurter and Pound never settled their differences on the administrative state--“some of our hopes and faiths are different,” Frankfurter acknowledged--but they remained within haling distance of each other long after 1914, for both believed that, in Frankfurter’s words, “the personnel of these commissions is one of the most decisive things about them, and the personnel is pretty low.” With the coming of the New Deal, their breach would become obvious and irreparable.