"The American Crucible" and more: this week in the book reviews 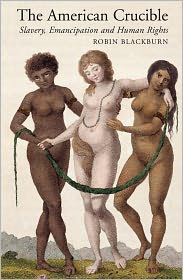 The big one this week is Eric Foner's review, for the Nation, of The American Crucible: Slavery, Emancipation and Human Rights (Verso), by Robin Blackburn. Foner praises the book for "demonstrati[ng] that slavery must be at the center of any account of Western ascendancy." Here's a bit more:


The book is an outstanding example of a major trend in recent historical writing: looking beyond national boundaries in favor of Atlantic or transnational history. Yet Blackburn cautions that while both the growth and abolition of slavery were international processes, they took place “in national histories” and followed no single pattern or path. With its theoretical sophistication and combination of a broad international approach and careful attention to local circumstances, The American Crucible takes its place alongside David Brion Davis’s Inhuman Bondage as one of the finest one-volume histories of the rise and fall of modern slavery.

The full review, here, discusses Blackburn's contribution to an on-going conversation about the genealogy of human rights and his pessimistic view of the results of abolition.  For more on the book, including other reviews, check out the Verso site.

The LA Times takes up a subsequent piece of the story with its review of Red Summer: The Summer of 1919 and the Awakening of Black America (Henry Holt), by journalist Cameron McWhirter.  Based on the review, historians will learn nothing new, but the book may help a broader readership to reflect on the brutal racial violence that swept the country that year. 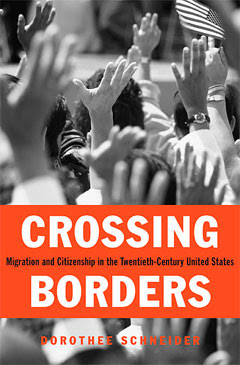 Another of this week's noteworthy reviews comes from the New Republic: Tamar Jacoby (ImmigrationWorks USA) takes up Crossing Borders: Migration and Citizenship in the Twentieth-Century United States (Harvard University Press), by Dorothee Schneider.  According to Jacoby, Schneider "has culled a wide range of sources—personal memoirs, immigration service files, social histories compiled by philanthropic institutions—in search of the immigrant narrative and immigrant outlook," and has concluded that "immigrants are far more powerful than we traditionally give them credit for being." Jacoby finds the argument "not entirely persuasive" and questions Schneider's "determination to frame the story as a conflict between heroes and villains," but she gives Schneider credit for finding "fresh material and compelling stories."

Also from TNR, a review of Machiavellian Democracy (Cambridge University Press), by John P. McCormick. Reviewer Adrian Vermeule finds in it "a freshness and sensitivity to questions of institutional design that is notably lacking in, say, much of the interminable Rawlsian literature." 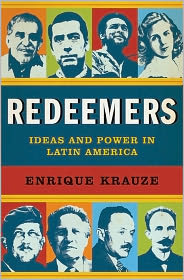 Subscribers to the Wall Street Journal have a number of interesting offerings this week.  Reviews cover Enrique Krauze, Redeemers: Ideas and Power in Latin America (Harper) ("The Lost Century: The ideas that sent Latin America down the path of poverty and political instability"); Matthew Parker, The Sugar Barons: Family, Corruption, Empire, and War in the West Indies  (Walker & Co.) ("Sugar in the Raw: The English planters of the 17th century were the tech billionaires of today—though (generally) more cruel"); and Mary Ann Glendon, The Forum and the Tower: How Scholars and Politicians Have Imagined the World, from Plato to Eleanor Roosevelt (Oxford) ("Power and The Professors: There are times, a philosopher said, when the wise man should just keep quiet and offer up prayers for his country's welfare"). 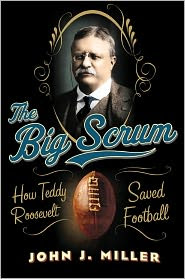 In the Washington Post, you'll find tales of conspiracy, captivity, and conquest. The Post covers The Mirage Man: Bruce Ivins, the Anthrax Attacks, and America's Rush to War (Bantam), by Pulitzer Prize winner David Willman (here); SKYJACK: The Hunt for D.B. Cooper (GrayCrown), by journalist Geoffrey Gray (here); The Golden Empire: Spain, Charles V, and the Creation of America (Random House), by British historian Hugh Thomas (here); and the prison memoir Then They Came for Me: A Family’s Story of Love, Captivity, and Survival (Random House), by Iranian Canadian journalist/filmmaker Maziar Bahari with Aimee Molloy (here).

For lighter fare, head to the New York Times, where you'll find a review of THE BIG SCRUM: How Teddy Roosevelt Saved Football (Harper/HarperCollins), by John J. Miller.
Posted by Karen Tani at 8:00 AM