Of Paradise "Lust" and Education Found: This Week in the Book Reviews 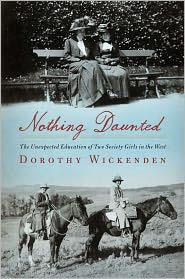 In this week's book reviews, the Washington Post covers the memoir Nothing Daunted: The Unexpected Education of Two Society Girls in the West (Scribner). The "two society girls" of the title are the author, Dorothy Wickenden (formerly Woodruff), and her friend Rosamond Underwood.  Their "unexpected education" followed their decision, in 1916, to abandon New York society life to be schoolteachers in a homesteading town in northwest Colorado.  The Post describes the memoir as a "brilliant little gem of Americana" and notes that "Wickenden, who is the executive editor of the New Yorker, knows what it takes to shape a good story." Additional reviews are here, from the New York Times, and here, from Slate. The Slate piece also includes audio of an interview with the author.

Also in the Washington Post, a review of Railroaded: The Transcontinentals and the Making of Modern America (W. W. Norton & Co.), by Richard White (mentioned in our June 12 roundup). "We’ve seen much of this history before," writes reviewer Scott Martelle, but White brings "a fresh and welcome agglomeration of wide-ranging historical detail . . . and an acute analysis that in failure came success and in many ways the map of the nation." 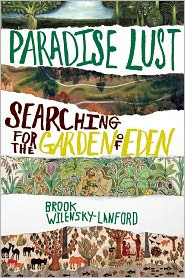 The New York Times review that caught my eye this week was of Paradise Lust: Searching for the Garden of Eden (Grove Press), by Brook Wilensky-Lanford.  According to reviewer Andrea Wulf, it is what the title suggests: a seriously researched but humorously written chronicle of the journeys of some of history's many "Eden chasers."  Wulf finds the stories "weird, and at times strangely wonderful."  She praises the "often irresistible" storytelling.  This book is also featured in the NYT Book Review Podcast, available here.

Turning to heavier material, The Book section of the New Republic features a review of The Druggist of Auschwitz: A Documentary Novel (Farrar, Straus and Giroux), by Dieter Schlesak, and Reluctant Accomplice: A Wehrmacht Soldier’s Letters From the Eastern Front (Princeton), by Konrad Jarausch, both of which "deal[ ] with the experience of 'ordinary Germans' in the Holocaust." "[N]obody looks into his heart and sees an Eichmann lurking there," writes senior editor Adam Kirsch, "And this inability to match up our self-knowledge with our historical knowledge is the most disconcerting thing of all."
Posted by Karen Tani at 9:00 AM