More on the "Long Civil War" 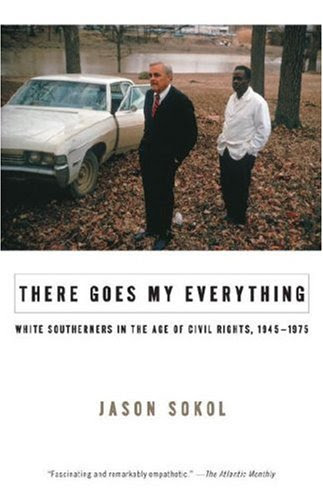 There is synergy between the "Long Civil War" concept that I discussed last week and recent literature on state and local politics during the late 1960s and 1970s.  The works that I have in mind examine how white politicians, civic groups, and average citizens responded to civil rights era-activism. Consider White Flight: Atlanta and the Making of Modern Conservatism by Kevin Kruse. The title and cover photo capture Kruse's argument. The book discusses how reactionary white racial attitudes influenced local politics well after the passage of landmark civil rights legislation. The Ghost of Jim Crow, by Anders Walker, discusses how Southern governors used "moderate" tactics to preserve segregation. Also see Matthew Lassiter's The Silent Majority: Suburban Politics in the Sunbelt South, a regional account of resistance to school and housing desegregation by President Nixon's "silent majority." Lassiter does not emphasize attitudinal racism; he is more interested in how Nixon leveraged the racially neutral concept of "colorblindess" and fiscal conservatism to win office. Jason Sokol's book, There Goes My Everything, is a must read. The author discusses white resistance to, as well as "pragmatic acceptance" of, civil rights-era racial changes. Sokol's nuanced work challenges the idea that most white Southerners uncritically embraced reactionary racial attitudes.

My sense that the "Civil War" need not be understood as the series of battles that occurred between 1861 and 1865 also resonates with scholarship that argues, in the foreign relations context, for a more sophisticated understanding of military engagements and their domestic impact.  I'll direct our readers to Mary Dudziak's forthcoming book, War Time: An Idea, Is History, and Its Consequences, which observes that "America has been engaged in some form of ongoing overseas armed conflict for over a century." "Meanwhile," she argues, "policy makers and the American public continue to view wars as exceptional events that eventually give way to normal peace times." You can view Dudziak's recent talk re-conceptualizing wartime and connecting it to the work of the distinguished historian, John Hope Franklin, at a lecture that she gave at Duke University, where she is the John Hope Franklin Visiting Professor of Law, here.

Posted by Anonymous at 7:00 AM