"The Feeble and Friendless": This Week in the Book Pages

The big one this week is Justice John Paul Stevens's review, for the New York Review of Books, of The Rape Case: A Young Lawyer’s Struggle for Justice in the 1950s (University of Delaware Press), by Irving Morris: Here's a glimpse:


Irving Morris’s vivid recollection of events that occurred many decades ago demonstrates how the intangible benefits that lawyers receive from unpaid devotion to their profession generally far exceed the value of fees received from paying clients. I have often quoted the advice that John Adams gave to a younger lawyer: “Now, to what higher object, to what greater character, can any mortal aspire than to be possessed of all this knowledge well digested, and ready at command to assist the feeble and friendless…?” Morris’s story exemplifies this lesson. As he writes toward the end of the book, “Even though my clients paid little, I know I have earned far beyond what I ever imagined I might receive from successfully representing them.”

The rest of the issue is rich: Subscribers may access Michael Ignatieff's review of All the Missing Souls: A Personal History of the War Crimes Tribunals (Princeton University Press), by David Scheffer, David Cole's review of Flagrant Conduct, by Dale Carpenter (mentioned in last week's round-up, here), and much more, here. 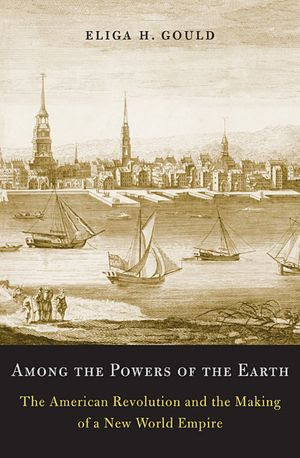 Reviewed this week in the Wall Street Journal: Among the Powers of the Earth: The American Revolution and the Making of a New World Empire (Harvard University Press), by Eliga H. Gould. Here's a snippet of the review:


Mr. Gould rightly emphasizes the importance of law—both national and international—to sovereignty. He argues that "the drive to be accepted as a treaty-worthy nation in Europe" shaped the early Republic at least as much as republican ideals. The United States accepted the norms of international treaties and diplomatic custom—the obligation to respect the persons and property of foreign subjects, for instance, or to exercise military force within the emerging laws of war. Just as important, the new nation worked to bring the territories it claimed for itself under legal authority. Sovereignty had to be exercised as well as recognized.

Also covered in the WSJ: Two recently published biographies of James Madison (here) and Why Nations Fail: The Origins of Power, Prosperity, and Poverty (Crown), by economists Daron Acemoglu and James A. Robinson (here).

This week the Nation spotlighted Collision Course: Ronald Reagan, the Air Traffic Controllers, and the Strike That Changed America (Oxford University Press), by Joseph A. McCartin. Here's a taste:


[L]ike most political decisions, Reagan’s sacking of PATCO wasn’t so much a pure expression of composure and principle as it was the unanticipated outcome of a convergence of far messier, contingent and nonideological forces. Joseph McCartin, a professor of US history at Georgetown University, patiently lays out the full background and aftermath of the PATCO tragedy in Collision Course, an absorbing, detailed and shrewdly observed chronicle of the strike and PATCO’s unlikely rise and fall. 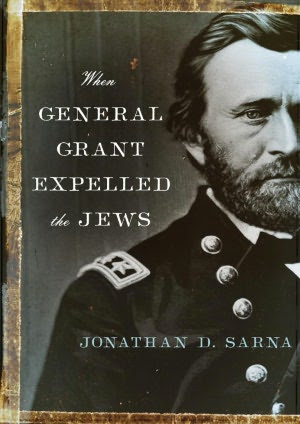 The new Henry Friendly biography continues to attract attention. The latest review is from Adrian Vermeule, writing for the New Republic: The Book, here.


After all, claims Sarna, [Grant] spent much of his life atoning for General Orders No. 11 [expelling "Jews, as a class" from the area then under Grant's control]. Instead of demonizing the man, history—or more to the point, American Jewish history—would do well to forgive him. But then Sarna goes one better, arguing that on Grant’s watch American Jewry actually flourished beyond its wildest expectations. In Sarna’s view, American Jewry’s sour grapes ought to give way to gratitude.

Joselit describes the book as "richly researched," but ultimately "more suggestive than persuasive." For an abridged version of the argument, check out Sarna's recent piece in Slate, here.

Reviewed this week in the New York Times:
Also in the NYT: a friendly debate on "The Quandary of the Book Blurb."