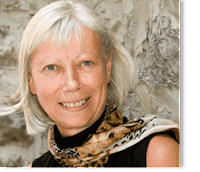 Constance B. Backhouse, a Distinguished University Professor on the University of Ottawa's Faculty of Law and an immediate Past President of the ASLH, has posted some of her backlist:


The state's legal authority to detain individuals within insane asylums in early twentieth-century Canada was deeply influenced by factors of gender, class, and race. Violet Hypatia Bowyer, a working-class, white woman who was just twenty-two years old in 1928, was initially incarcerated in Ontario for leading a 'dissolute' life. Wrongly diagnosed as 'insane' by prison officials, she tried valiantly, but failed, to secure her release through legal challenge. The expert testimony of the prison officials, the psychiatric 'experts,' and the decision of the court all testify to the terrifying coerciveness of law in Canadian history.

'Don't You Bully Me - Justice I Want If There is Justice to Be Had': The Rape of Mary Ann Burton, London, Ontario, 1907, in People and Place: Historical Influences on Legal Culture, ed. Jonathan Swainger and Constance Backhouse (Vancouver: University of British Columbia Press, 2003), 60-94.


In 1907, Mary Ann Burton launched a complaint of rape against Joseph Gray in London, Ontario. Judicial decisions and literature at the time claimed that rape was “an accusation easily to be made”, despite the common knowledge that rape was underreported. Mary Ann Burton's case sets no legal precedent; she was treated with suspicion and hostility, and the charges were ultimately dismissed by the court. Yet Mrs. Burton resisted the antagonism she experienced – namely tactics by defence counsel to attack her character, her image as a “worthy victim”, her credibility, and her recollection of every finite detail of the incident. She remained resolute in her testimony and her right to be protected from rape, in the face of pernicious commentary from acquaintances, and a courtroom that systematically discredited and ultimately dismissed her based largely on her gender and class.


The author compares two early twentieth century criminal cases, one Australian and one Canadian, involving carnal knowledge of a child. The cases illustrate the parallel development of the doctrine of corroboration in sexual assault cases in the two countries – a doctrine which was based on the belief that the testimony of women and girls in such cases was inherently suspect. By requiring that corroborating evidence be independent of the complainant's testimony, and by interpreting that requirement in an extremely rigid way to exclude particular items of evidence that strongly supported the complaints, the courts in both cases imposed unjustified obstacles to the conviction of men accused of sexual offences. This misuse of the doctrine of corroboration contradicted the ideals of evenhanded justice and gender equality in both Canada and Australia.


This paper describes a court case that was buried in Canadian legal archives for fifty-six years. In 1942, Carrie Best brought a civil action for damages against a Nova Scotia theatre, claiming that the owners were enforcing a racially-segregated seating policy. The action was ultimately dismissed. Dr. Best, an African-Canadian who was a teacher, journalist, and founder of The Clarion (a newspaper that she began publishing in 1945) had been a long-time advocate for human rights and activist against racial discrimination and segregation in Nova Scotia. Carrie Best's decorated career as a journal and activist is public knowledge, but the history of her unsuccessful litigation calls for scrutiny. Such cases help us understand Canadian history to be deeply marked with racism.


This article begins with a description of a 1912 statute in Saskatchewan, which prohibited male Asian employers from hiring white women. It canvasses the sources of support for this new law and the response it evoked from the Asian community. Yee Clun, a Regina restaurateur and leader of the local Chinese community, challenged the legislative prohibition in 1924, in a legal battle which took him before City Council and the courts. His efforts inspired a coalition of white women's organizations, representing upper class, middle class, and working-class women, to oppose Yee Clun's case. The article considers how legal structures facilitated, and contributed to bolstering, racism in Canadian society, examines the historical power of law to intrude upon the rights of Asian males to economic and social equality and, finally, notes the complex interweaving of class, gender and race issues throughout the debate.

Physicians, Abortions and the Law in Twentieth-Century Ontario, Canadian Bulletin of Medical History 10 (1993) 229-49.


This article studies the medical and legal responses to the abortion-related death of Constance Ida Browne of Toronto, Ontario in 1924. The subsequent coroner's inquest led to a criminal prosecution of Browne's doctor and also her male lover on charges of illegally procuring a miscarriage. The legal proceedings and the detailed press commentary of the time offer an excellent opportunity to consider the interaction between medical and legal authorities jostling for a position over the proper response to he demand for illegal abortions. The case also permits an examination of the social, psychological, economic, and medical circumstances which surrounded the procuring of illegal abortion in the first half of the twentieth century.


Recently, Clara Brett Martin, Canada's First woman lawyer, has been revealed to have been anti-semitic in her ideology and practices. Constance Backhouse profiles the information that has recently been discovered about this anti-semitism, attempting to locate it within the context of wider anti-semitism in the early 20th century Canadian society. She discusses the implications of these revelations for Clara Brett Martin's place within feminism, and attempts to reformulate the concept of historical “heroine” within an emerging feminist framework. She concludes that while Martin had significant gaps in her understanding of injustice and discrimination, there might still be room for her within an evolving, rehabilitated concept of “heroine.”


Canadian jurisprudence in cases involving child custody, rape and prostitution throughout nineteenth century illustrates that the judiciary espoused a rigid view of women's role as subordinate in families and society. Judges also embraced a double-standard in expectations of women's and men's sexual morality. Judicial decisions were not merely a reflection of the social realities at the time; judges opposed efforts to advance women's status, and systematically tried to restrict women to traditional roles in a society that privileged men. The author examines decisions in child custody and rape to show significant bias in favour of fathers and claimants. Judicial permissiveness of prostitution was not the result of an anomalous desire to protect women, but to protect prostitution as an institution. Judicial attitudes consistently protected the freedom and power of men over women in nineteenth-century Canada.


The author provides a detailed account of nineteenth-century Canadian views of marriage and divorce. In the first part of the article, the author discusses the conceptions of, and attitudes towards, marriage and how they differed in rhetoric and reality. In the second part, the author examines the legislative and judicial responses to marital breakdown. Through extensive reference to nineteenth-century statutes and case law, the author reveals that whereas the legislatures were prepared to adopt a “companionate model” of marriage (ie: equality between the spouses), the judiciary adhered to a “patriarchal model” which vested authority in the marriage in the husband. In the result, marriage was not the uniquely moral institution claimed by nineteenth-century rhetoric; rather, it served to bolster male supremacy in Canada.

The Tort of Seduction: Fathers and Daughters in Nineteenth-Century Canada, Dalhousie Law Journal 10 (1986) 45-80


The tort of seduction was based in feudal notions that certain people could hold property interests in other people – namely masters with a proprietary interest in servants. In nineteenth-century Canada, the tort was so narrow that it related almost exclusively to fathers' suing men who seduced their daughters for loss of services. Though fathers' proprietary interest in their daughters' chastity and services was reenforced by the legislature, seduction actions were increasingly problematic as women became more independent and left home to work waged jobs. Courts struggled to reconcile the proprietary interest of fathers that treated women as a passive species of property, recognition of women's increasing independence, and judges' antagonism toward women who became pregnant out of wedlock. As a result, the judiciary eroded the effectiveness of the tort of seduction. Nevertheless, fathers continued to pursue and win tort actions in seduction. The lawsuits sought to assert patriarchal property interests in the face of a family unit undergoing drastic change in the face of modernization.


The History of nineteenth-century Canadian Law reveals that legislators and social reformers took three distinct approaches to the problem of prostitution. They attempted to regulate the trade in sexuality through a Canadian Contagious Diseases Act which sought to control venereal disease in prostitutes. They attempted to prohibit the commercial sale of sex through systematic criminal enactments meant to abolish all features of prostitution, from the selling and buying of sexual services to the procuring, pimping and profiteering from the business. They attempted to rehabilitate prostitutes and would-be prostitutes by establishing asylums, women's prisons and juvenile detention institutions. None of these approaches was ultimately successful and each worked substantial injustice upon individual prostitutes. Discrimination on the basis of class, race, ethnic origin and sex featured predominantly in the formulation and application of each approach, and served as a hallmark of the Canadian legal response to prostitution.


Professor Backhouse suggests that before the nineteenth century abortions and birth control were largely considered private matters. However, beginning in the early nineteenth century and continuing until the Criminal Code of 1892 there were several waves of legislation which Professor Backhouse traces and analyses that made abortions and birth control crimes. She also explores court cases dealing with abortions during that century ad compares them with prosecutions for infanticide during the same period. Taking as her point of departure the burden that unwanted pregnancies could be for women, particularly the poor and unmarried or unhappily married, Professor Backhouse argues that much of the evidence suggests that the legislation was passed, not as a response to any upsurge in public opinion, but as a result of a determined group of male physicians who wished to assert monopoly control over a profession they were struggling to create.