In the The Atlantic is a review of Lincoln Mullen's The Chance of Salvation: A History of Conversion in America. 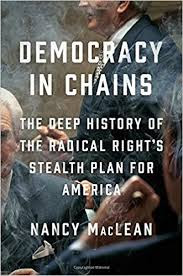 Svetlana Alexievich's "magnificent and harrowing" The Unwomanly Face of War: An Oral History of Women in World War II is reviewed in both The Atlantic and The New York Times.

In addition to being reviewed in this week's New York Times, Nancy MacLean's Democracy in Chains: The Deep History of the Radical Right's Stealth Plan for America is reviewed twice in the Boston Review.  Bethany Moreton calls MacLean's work is "indispensable reading" that "adds a critical storyline to the complex and multi-causal conservative counterrevolution." The work joins a growing body of scholarship that seeks to "clothe the neoliberal intellectual apparatus in three-dimensional historical specificity" and, in particular, richly historicizes the particular milieu from which James M. Buchanan's public choice school of political economy emerged -- i.e., the fight against voting rights and desegregation.  The result is a work that does much to illuminate the sources of the "unrelenting assaults on political institutions" that have characterized a great deal of the politics of the neoliberal present.  In the wake of Charlottesville, the second review points to her work's especial value as a chronicle of "the long gestation period of the current upsurge of white supremacist and anti-democratic sentiment."

Intellectual theorist and historian Mark Lilla's The Once and Future Liberal: After Identity Politics seems to be attracting significant attention is reviewed in both The Washington Post and The New York Times.  (Lilla is also interviewed by NPR.)

Ibram X. Kendi's Stamped from the Beginning: The Definitive History of Racist Ideas in America is reviewed in the New Statesman.  Also reviewed in the publication is John Lloyd's The Power and the Story: The Global Battle for News and Information.

In the Los Angeles Review of Books is a review of Keri Leigh Merritt's Masterless Men: Poor Whites and Slavery in the Antebellum South. Meritt "makes creative use of a wide range of other sources, including county court cases, coroner’s reports, jail records, Civil War veterans’ questionnaires, slave narratives, and accounts written by travelers, abolitionists, and slaveholders" in order to plumb the history of poor, antebellum whites.  In so doing, her work shows the path travelled by poor Southern whites from "pariahs" to their inclusion "into the system of white privilege," a path that was neither "ever-present nor inevitable." 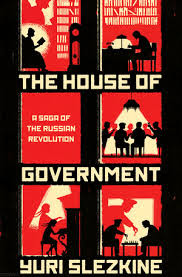 Yuri Slezkine's The House of Government: A Saga of the Russian Revolution is reviewed in both the Los Angeles Review of Books and the The New York Times.  Slezkine's history of the Bolshevik House of Government and the millenarianism of the larger Russian Revolution is ultimately, says the NYT's review, a narrative exploration of "the possibilities and limits of social engineering."

At Public Books is a review of Leigh Eric Schmidt's Village Atheists: How America’s Unbelievers Made Their Way in a Godly Nation.  Also reviewed at Public Books is Peter Dauvergne's Environmentalism of the Rich.

Herb Boyd's Black Detroit: A People's History of Self-Determination is reviewed in the Chicago Tribune.