Coming on the heels of Clara's thoughtful post on the Bald Knobbers and new work on the history of lynching in America, we have this review from H-Law: "Who is 'Entrenched in a Southern Mindset'? Anti-Black Lynchings and Expulsions in the Southern Ozarks," by Brent Campney (University of Texas-Pan American). It reviews Kimberly Harper, White Man's Heaven: The Lynching and Expulsion of Blacks in the Southern Ozarks, 1894-1909 (Fayetteville: University of Arkansas Press, 2010). 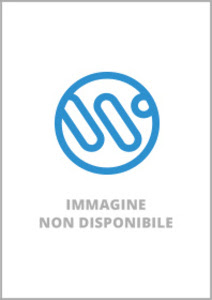 Campney opens the review with the following summary:

Between 1894 and 1909, white residents of the Southern Ozarks repeatedly shattered and scattered the regional black population through the use of racist violence. One after another, those in Monett, Pierce City, Joplin, and Springfield, Missouri, and in Harrison Arkansas, employed mob violence (usually lynching) which terminated in the mass--and often permanent--expulsion of entire black communities. In White Man’s Heaven, historian Kimberly Harper weaves these interconnected episodes into a single narrative aimed at explaining the “regional experience” of anti-black racism and violence (p. xviii).

Organized chronologically and by community, White Man’s Heaven is part of a trend toward examining so-called sundown towns (all-white or nearly all-white towns which actively, often violently, discouraged black settlement), as exemplified by the work of George C. Wright, in Racial Violence in Kentucky, 1865-1940: Lynchings, Mob Rule, and ‘Legal Lynchings,’ (1990) and, more recently, James W. Loewen, in Sundown Towns: A Hidden Dimension of American Racism (2005), and Elliot Jaspin, in Buried in the Bitter Waters: The Hidden History of Racial Cleansing in America (2007). “The expulsion of African Americans remains an understudied aspect in the extensive literature of racial violence,” Harper rightly notes. “Expulsion was one of the most extreme forms of social control as African Americans were forced to leave behind everything they had worked for” (p. xxiv).

Harper contributes significantly to the history of race relations, demography, and mob violence in the Ozarks. After reviewing economic development and settlement patterns in each community, she provides comprehensive accounts of the violence which engulfed each, exploring the alleged black criminality which provoked white fury, analyzing the lynchings and expulsions which followed, and documenting popular support for this violence among whites. In addition, the author documents the usually fruitless efforts of black victims to pursue legal justice through the courts. Certainly, she has produced a work which will be of value to anyone interested in the nature of white supremacy and racist violence in this region or in the Border South or Midwest more generally.