The New Ancient Legal History gathers essays by some of the most interesting scholars in emergent areas of study in premodern law. Ancient legal systems are now attracting sophisticated study from a rising generation of interdisciplinary scholars. Their approaches are as varied as the material under study, but they share a critical engagement with the resources of contemporary legal scholarship and due regard for the evidentiary regimes that obtain in their separate fields.

When Law Goes off the Rails: or, Aggadah Among the iurisprudentes
Ari Z. Bryen

Means and End(ing)s: Nomos Versus Narrative in Early Rabbinic Exegesis
Natalie B. Dohrmann

Law, Empire, and the Making of Roman Estates in the Provinces During the Late Republic
Lisa Pilar Eberle

The State of Blame: Politics, Competition, and the Courts in Democratic Athens
Susan Lape

Jewish Law and Litigation in the Secular Courts of the Late Medieval Mediterranean
Rena N. Lauer 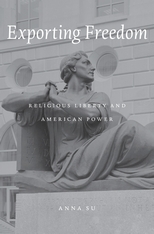 America, Christianity, and Beyond
Samuel Moyn