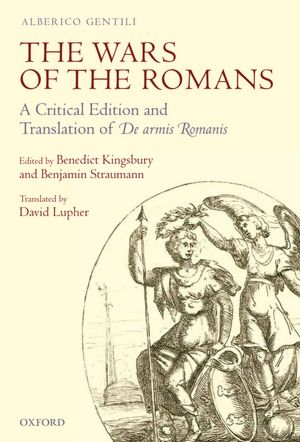 In the latest issue of the European Journal of International Law, Andreas Wagner (University of Hamburg) reviews Alberico Gentili, The Wars of the Romans. A Critical Edition and Translation of De Armis Romanis (edited by B. Kingsbury and B. Straumann: translated by D. Lupher) and B. Kingsbury and B. Straumann (eds), The Roman Foundations of the Law of Nations. Alberico Gentili and the Justice of Empire. Here's the abstract:


This review discusses two recent publications – a critical edition of a primary source and a collection of essays – around the Theory of International Law of Alberico Gentili (1552–1608). On the one hand it examines Gentili’s interest in ancient Rome and how he used it as a paradigmatic case of imperial order. But on the other, it questions our own interest in Gentili’s work. In line with Gentili’s own focus on questions of justice, it not only shows that Gentili presents us with his own complex blend of political responsibility and natural law, but highlights structural features and possible blind spots of his ‘natural/private law’ paradigm that might apply also to current suggestions of how to organize international law.

The full text is available here.

Hat tip: bookforum
Posted by Karen Tani at 4:00 AM