Phillips-Fein on "the roots of the conservative grievance industry"

Over at Bookforum, historian Kim Phillips-Fein (New York University) offers her take on four recent books that, in different ways, attempt to capture the modern conservative movement: David Courtwright's No Right Turn: Conservative Politics in a Liberal America; Dominic Sandbrook's Mad as Hell: The Crisis of the 1970s and the Rise of the Populist Right; Michael Reagan's The New Reagan Revolution: How Ronald Reagan's Principles Can Restore America's Greatness; and J. R. Dunn's Death by Liberalism: The Fatal Outcome of Well-Meaning Liberal Policies. Courtwright and Sandbrook are historians; Reagan is President Ronald Reagan's adopted son; Dunn is a novelist, editor, political commentator, and, to use Phillips-Fein's words, "intellectual descendant of Friedrich von Hayek."

Phillips-Fein opens the essay with a provocative question: Has anyone come closer than Hofstadter did at mid-century to nailing down modern conservatism? 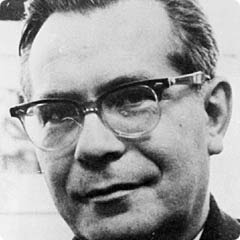 The late Richard Hofstadter famously described "pseudo-conservatives" as dwellers in an unreal world, practitioners of a "paranoid style" of politics. They were, he argued, downwardly mobile lost souls, at sea in the mass-consumption economy of midcentury America, who turned their economic rage into an irrational attack on the intellectuals and liberals they believed responsible for their problems. They were victims of the American dream who did not know "who they are or what they are or what they belong to or what belongs to them." Out of their desperate search for status came a striking penchant for a Manichaean politics of good and evil, which scripted the elitists of Washington as the insatiable persecutors of virtuous small-town America. Ever since Hofstadter wrote his essays, historians have been criticizing his dismissive tone and his interpretation of conservatism as something akin to mental illness; in retrospect, Hofstadter's detractors have argued, he erred badly by making the right seem a declining force in American life at the very moment it was poised to sweep into power. But for all the obvious condescension in Hofstadter's argument, he captured, as few others have, the sheer strangeness of the conservative movement, and the way its rage manages to concoct a shadow America always on the brink of revolution or worse. Have modern scholars been able to do much better?

Phillips-Fein ends on another provocative note -- by suggesting that no historical account has explained adequately the trajectory and tenor of today's conservative movement, a movement that, in her view, is both more "mainstream" and more extreme than its predecessors: "To get a sense of how today's conservative movement has transformed the fringe vision of a rapacious, violent state that Hofstadter chronicled at midcentury into a mainstream political refrain, it's not enough to read about the right," Phillips-Fein concludes, "you've got to go straight to the source.

You can read the entire review here.

Image credits: Hofstadter; No Right Turn.
Posted by Karen Tani at 3:00 AM