Adolphson and Ramseyer on Property Rights in Medieval Japan: The Role of Buddhist Temples and Monasteries 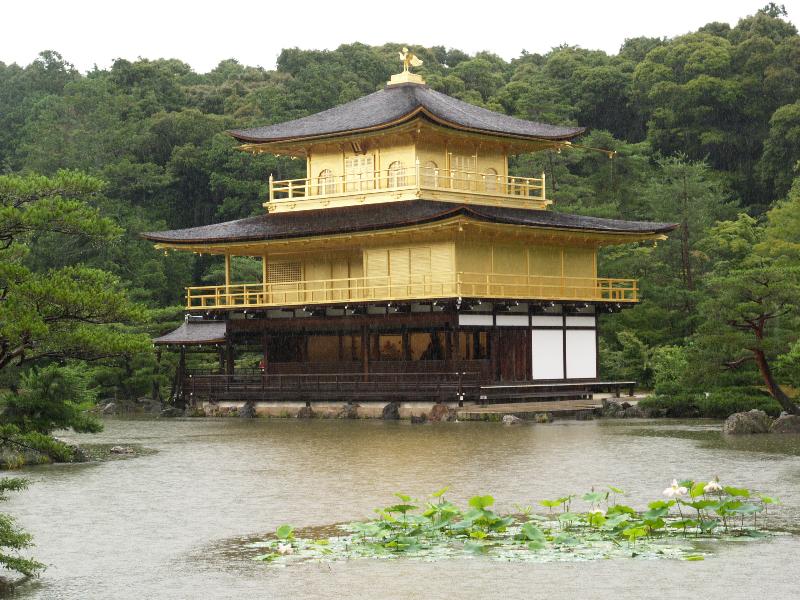 Medieval Japanese governments only haphazardly enforced claims to scarce resources. Necessarily, this presented landholders with a void. To obtain the enforcement the governments did not offer, many turned to institutions affiliated with the fractious Buddhist church instead. Temples and monasteries enjoyed an exemption from tax on their lands, and controlled an array of financial and human resources with which they could adjudicate and enforce claims to scarce resources. To obtain access to that exemption and those resources, landholders “commended” their land to them, and paid them a share of the harvest. In exchange, the temples and monasteries exempted them from tax, adjudicated disputes internal to the estate, and protected their estates against external threats. Effectively, the temples and monasteries competed in a market for basic governmental services.
Photo credit: Kinkaku-ji (Golden) Temple, Kyoto, Japan.
Posted by Mary L. Dudziak at 8:35 AM