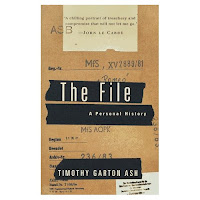 Your blog posting on the “Surveillance State” asked about “the relationship between a history of evil and a contemporary embrace of liberty.” One interesting issue is this: after the reunification of Germany, how did the legacy of the Stasi complicate Germany’s efforts to establish undercover policing in the states of the former East Germany, which have a vivid recollection of totalitarian surveillance? The (western) police officials who created covert units in the east tried to assuage popular fears by staffing undercover units with agents from the western states not compromised by past association with the Stasi. Former east Germans interpreted this policy uncharitably. They saw the overwhelming western presence in the new undercover units as a strategy to “keep an eye” on the newly integrated east German population. Meanwhile, some German critics of covert tactics in the former West Germany invoked the Stasi to call into question all undercover operations. One Socialist minister from Bonn declared that “secret investigations, secret proceedings, secret police, secret agents—they are all hallmarks of an informant-and surveillance state.”

Such fears help in part account for the pervasive sense, in Germany, that undercover policing remains a “dirty business.” Anxieties in western Germany about being infected by chaos from the east may have contributed the decision to expand undercover policing. But the legitimacy of the newly legalized powers remains bedeviled by eastern reactions to western mistrust and by western fears about reinventing Stasi-like surveillance institutions.

Shameless Plug: My article on the regulation, legitimation, and critique of undercover policing in Germany, which considers the Nazi and East German legacies, is forthcoming in 55(3) American Journal of Comparative Law (2007), under the title: "The Place of Covert Surveillance in Democratic Societies: A Comparative Study of the United States and Germany."

Thanks to Prof. Ross for her interesting comment. I will post a link to her article when it is available. In the meantime, an earlier version is posted as an SSRN working paper: http://papers.ssrn.com/sol3/papers.cfm?abstract_id=909010