Ernst on Willard Hurst at the Board of Economic Welfare

The Ideal and the Actual in the State: Willard Hurst at the Board of Economic Warfare is an essay by Daniel R. Ernst, Georgetown University Law Center. It appears in the book Ernst co-edited with Victor Jew, TOTAL WAR AND THE LAW: THE AMERICAN HOME FRONT IN WORLD WAR II (2002). Here's the abstract:

Unlike other proteges of Felix Frankfurter in the 1930s, James Willard Hurst left his clerkship 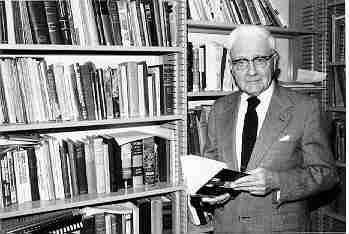 with Supreme Court Justice Louis Brandeis in 1937 not for law job in Washington but to teach at the University of Wisconsin Law School. Together with his dean Lloyd K. Garrison, Hurst developed "Law in Society," a New Dealer's first course in law, centered not on courts but administrative agencies. When the war came, Hurst had the chance to test out his notions of law and administration as a lawyer at the Board of Economic Warfare. Headed by Vice President Henry A. Wallace, the BEW was a bastion of New Dealism in an increasingly business-oriented war effort. Among other things, it was charged with developing and procuring new overseas supplies of war materiel to replace sources that had fallen into enemy hands. Hurst contributed one of the BEW's most controversial measures, a provision in procurement contracts obliging employers to observe minimum labor standards. This attempt to fight "a New Deal war" by improving the lives of African and Latin American workers failed not long after Hurst's departure for the U.S. Navy. Still, the affair elucidates much of Hurst's pioneering scholarship on legal history and the legal profession in the postwar period.
Posted by Mary L. Dudziak at 7:51 AM