On the heels of the anniversary of the Hiroshima and Nagasaki bombings, the New Republic has published a review of The Most Controversial Decision: Truman, the Atomic Bombs, and the Defeat of Japan (Cambridge University Press), by priest and historian Wilson D. Miscamble. Reviewer Barry Gewen comes away certain that "faced with the circumstances and the conditions that Truman faced, no American leader—no leader of any nation—would have decided any differently than he did." I haven't read the book, but in the spirit of a more complete commemoration, here is the full text of John Hersey's Hiroshima (first published in the New Yorker, August 31, 1946).

Also in the New Republic:


Ellis Close and John McWhorter engage in a spirited debate (part 1, part 2, part 3) over Close's The End of Anger: A New Generation’s Take on Race and Rage (Ecco). Also inspiring debate: Steven Brill and his new book Class Warfare: Inside the Fight to Fix America's Schools (Simon & Schuster). It's a topic he's tackled before (readers may recall his 2009 New Yorker article "The Rubber Room"), and he has kept at it. "Like a dogged prosecutor," writes New York Times reviewer Sara Mosle, Brill "mounts a zealous case against America’s teachers’ unions." The full review is here (podcast here). The comments are already flowing. 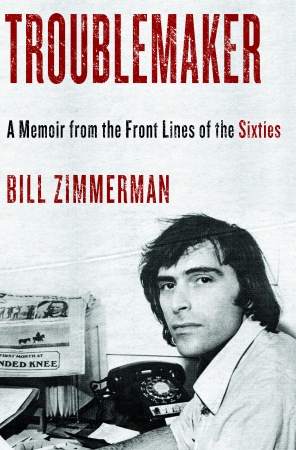 This week the Nation takes up Troublemaker: A Memoir from the Front Lines of the Sixties (Doubleday), by political activist and consultant Bill Zimmerman.  Reviewer Danny Goldberg finds the book to be "a well-written, passionate story of a personal journey through the Vietnam protest era, and a valuable model for progressive activists of our own time." To decide for yourself, read an excerpt here.

On the topic of controversial lives, we're still not done talking about Manning Marable's biography of Malcolm X. The latest review, by Thomas Powers, comes from the London Review of Books.

Also in the LRB, but only available to subscribers: Eric Hobsbawm reviews Scientist Spies: A Memoir of My Three Parents and the Atom Bomb (Troubador), by Paul Broda (here), and Thomas Laqueur reviews Cultures of War: Pearl Harbor/Hiroshima/9-11/Iraq (Norton), by John Dower (here).

In the book review pages of the Los Angeles Times, you'll find a review of An Anatomy of Addiction: Sigmund Freud, William Halsted, and the Miracle Drug Cocaine (Pantheon), by medical historian Howard Markel.  For more on the book, check out the interview Markel gave to NPR's Talk of the Nation. The LA Times also covers Elixir: A History of Water and Humankind, "a sprawling survey of hydrology through time" by anthropologist and archaeologist Brian Fagan (here).

Last, we circle back to Truman and other politicians who made difficult choices about how to fulfill their duties and wield their power.  The Washington Post reviews Manufacturing Hysteria: A History of Scapegoating, Surveillance, and Secrecy in Modern America (Pantheon), by Jay Feldman.

Re: Hiroshima and Nagasaki

See too Tsuyoshi Hasegawa's book, Racing the Enemy: Stalin, Truman and the Surrender of Japan (2005), and this recent article on his ongoing scholarship in support of the book's thesis here: http://www.boston.com/bostonglobe/ideas/articles/2011/08/07/why_did_japan_surrender/?page=full

An essential book by way of the big picture is Yuki Tanaka and Marilyn B. Young, eds., Bombing Civilians: A Twentieth-Century History (2009).