What Made the Difference? This Week in the Book Pages

The New Republic gives us lots of food for thought this week. The headline review, by Heather Mac Donald (Manhattan Institute), covers The City That Become Safe: New York's Lessons for Urban Crime and Its Control (Oxford University Press), by UC Berkeley law professor Franklin Zimring. Here's why the book is making waves:


The New York experience demands a revision in our understanding not only of crime suppression but of urban America itself, Zimring argues in his new book, the most important criminology work in recent memory. We now know, he writes, that “life-threatening crime is not an incurable urban disease in the U.S,” but rather that it can be greatly reduced without fundamental alterations in social and economic structure. And what made the difference in New York? Here, Zimring is at his most iconoclastic. It was policing, he claims. Nothing else in New York over the last two decades, besides its style of policing, can explain that large part of its crime drop that exceeded the national average.

TNR has two more reviews for non-fiction fans: Those interested in women's history or the biography genre will want to check out Susie Linfield's review of Dangerous Ambition: Rebecca West and Dorothy Thompson: New Women in Search of Love and Power (Ballantine), by Susan Hertog. It is "a conceptually ambitious book about genuinely interesting women." 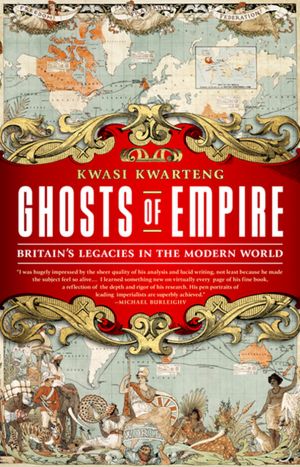 Readers interested in empire, colonialism, and governance should take note of Ghosts of Empire: Britain’s Legacy in the Modern World (Public Affairs), by politician and scholar Kwasi Kwarteng (reviewed here). The book moves conversations about empire from the general to the specific by investigating governance practices in Iraq, Kashmir, Burma, Sudan, Nigeria, and Hong Kong. An earlier review, by Linda Colley, is here.

In the Wall Street Journal, you'll find a review of City of Fortune: How Venice Ruled the Seas (Random House), by Roger Crowley. Crowley "chronicles the peak of Venice's past glory with Wordsworthian sympathy, supplemented by impressive learning and infectious enthusiasm."

The latest issue of the London Review of Books is rich. Perry Anderson's review of three recent books on modern China is open access (here), as is Jenny Diski's review of Memory: Fragments of a Modern History (University of Chicago Press), by Alison Winter (here). Here's an excerpt:


We have asked shamans, clairvoyants, hypnotists, historians, scientists, surgeons, law-makers, artists and writers, social psychologists and psychoanalysts to investigate the truth, the facts, the interpretations, so to reassure us about the mechanism and reliability of remembering, but, as Alison Winter’s deft study of 20th-century memory controversies concludes, we haven’t come close to a definitive answer. 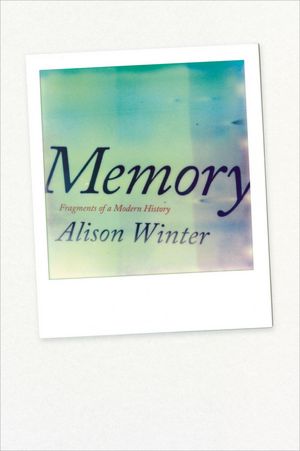 
As a historian of 20th-century Europe, Judt both chronicled and himself represented the huge ideological transformations that occurred between the beginning and end of that century. This life has now been documented in the quasi-­autobiographical “Thinking the Twentieth Century.” Conceived after Judt’s illness had already been diagnosed, the book consists of transcriptions of his conversations with Timothy Snyder, a Yale historian who is the distinguished author of a number of well-regarded books on Eastern and Central Europe. Snyder, highly erudite and opinionated himself, is not your typical journalistic interviewer; the book is more a dialogue than an autobiography.

The rest of the review covers "Judt’s journey from Marxism to 'East European liberal,'" his understanding of the duties of a public intellectual, and his controversial critique of Israel.

Also reviewed: Da Vinci's Ghost: Genius, Obsession, and How Leonardo Created the World in His Own Image (Free Press), by Toby Lester (here). The book tells the story behind the famous "Vitruvian Man" drawing.

Sometime in middle school, I attempted my first real historical research paper. It was on Queen Lili'uokalani and the annexation of Hawaii. Well, I'm prepping a new note card because I learned today that a new book is out. The Los Angeles Times reviews Lost Kingdom: Hawaii's Last Queen, the Sugar Kings, and America's First Imperial Adventure (Atlantic Monthly Press), by journalist Julia Flynn Siler (here).

On Professor Zimring's book, be sure to read Adam Gopnik's article in the January 30 issue of the New Yorker: