War, Faith, Immortality, and More: This Week in the Book Pages


Preston charts the scope and the centrality of religion in American politics, from the seventeenth century to the present. This book merges American history with the history of Christianity, and in doing so it qualifies the story of Christian empire. Unlike the Christian empires of the past, America has never had an established church. Nor did the American Revolution result in empire. The animating spirit behind much of Preston’s narrative is Christian republicanism, and no Christian republic has ever had the territory or the influence or the power that the United States would come to possess.

One of the book's central questions is why “U.S. foreign policy has often acquired the tenor of a moral crusade.” Read on here.

The Nation covers (here) three books on "the Soviet experience in Afghanistan," including A Long Goodbye: The Soviet Withdrawal from Afghanistan (Harvard University Press), by Artemy Kalinovsky.


Eisenhower’s greatest accomplishment may well have been to make his presidency look bland and boring: in this sense, he was very different from the flamboyant Roosevelt, and that’s why historians at first underestimated him. Jean Edward Smith is among the many who no longer do. The greatest virtue of his biography is to show how well Eisenhower’s military training prepared him for this task: like Grant, he made what he did seem easy. It never was, though, and Smith stresses the toll it took on Eisenhower’s health, on his marriage and ultimately in the loneliness he could never escape.

Also reviewed in the NYT: The Presidents Club: Inside the World’s Most Exclusive Fraternity (Simon & Schuster), by Nancy Gibbs and Michael Duffy (here).

China on the eve of World War Two is the setting of an "engrossing true-life murder mystery" reviewed this week in the Wall Street Journal, here. In Midnight in Peking (Penguin), independent scholar Paul French recounts the circumstances surrounding the 1937 murder of the daughter of a retired British consul. 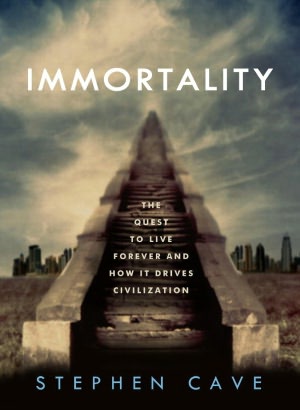 The New York Review of Books, by contrast, looks inward, toward the most important domestic conflicts of the day. The lead article in the May 10 issue is "Why the Mandate is Constitutional," by Ronald Dworkin.

Also not to be missed: Andrew Hacker's essay on "The White Plight," which reviews Charles Murray's Coming Apart and Timothy Noah's The Great Divergence: America’s Growing Inequality Crisis and What We Can Do About It (Bloomsbury).


Finally, a few book-related gems from around the web:

"Will it be possible to live forever?" In an interview with The Browser, Stephen Crane discusses his new book, Immortality: The Quest to Live Forever and How It Drives Civilization, and recommends five other books on the topic.

In the Wall Street Journal, Anna Quindlen discusses "the agony of writing." I love this nugget: "[H]ow you start each day depends on how you finished the day before. . . . I always stop in mid-sentence. Starting a new chapter or a new paragraph first thing in the morning might be too much to bear. But I can always manage to finish a sentence. And one sentence has a way of following another if everything else around me is routine enough."

The Historical Society has a nice post on the ongoing conversation between Ross Douthat, author of the new release Bad Religion: How We Became a Nation of Heretics (Free Press), and David Chappell, author of A Stone of Hope: Prophetic Religion and the Death of Jim Crow (University of North Carolina Press, 2003).

Do you believe in discovering, correcting, and publicly airing factual errors? The New Yorker does, too. Enjoy some of the magazine's greatest hits, here. (hat tip: bookforum)