The big one this week is Eric Foner's review, for the Nation, of More Than Freedom: Fighting for Black Citizenship in a White Republic, 1829–1889 (Penguin Press), by Stephen Kantrowitz. In addition to characterizing historians as "professional killjoys," Foner discusses the historiography of emancipation. Then he gets into the book, which "chronicl[es] the struggles of Boston’s black activists over the course of the nineteenth century." Here's a bit more:


Kantrowitz argues convincingly that the familiar story of sectional crisis, civil war and emancipation takes on a different cast when viewed from the perspective of these black activists. The slavery controversy unleashed a complex, far-reaching debate about the role that racial difference should play in defining such core American values as freedom, equality and citizenship. Boston’s black leaders inserted themselves into this debate, using every means at their disposal—petitions, speeches, pamphlets, lawsuits and direct action—in pursuit of their goals. In so doing, they directly challenged the prevailing assumption that “public life was for whites only.” Kantrowitz insists, moreover, that the familiar label “black abolitionists” is a misnomer, since their goals extended well beyond ending slavery.

Also in the Nation: William Julius Wilson reviews (here) The Great Divergence, by Timothy Noah, and Coming Apart, by Charles Murray. We've mentioned both these books before, but WJW's comments on inequality are worth a read. 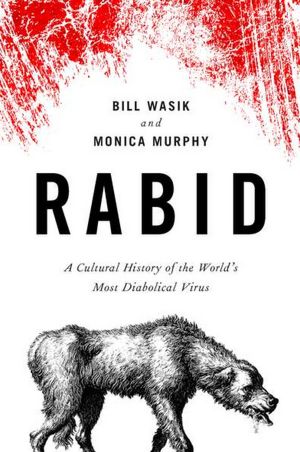 I've been waiting, just waiting, for the chance to mention Abraham Lincoln: Vampire Hunter. Given his target of opportunity, Jonathan Shapiro is admirably restrained: I counted a single, oblique reference in his review (for the Tribune newspapers) of The Impeachment of Abraham Lincoln (Alfred A. Knopf), the latest novel by Yale Law professor Stephen L. Carter.

Bill Wasik and Monica Murphy are more direct: They cite the vampire-slayer-turned-president in their intro to "The Plague Behind the Zombies" (here, in the Wall Street Journal). The article offers a preview of their book Rabid: A Cultural History of the World's Most Diabolical Virus (Viking), which comes out next week.

Also reviewed in the WSJ:
For more on Islam, turn to the New Republic: The Book, where you'll find a review of Islamism and Islam (Yale University Press), by Bassam Tibi. Reviewer Samuel Helfont sees the book as a response to those  on the right and the left who believe "Islam and Islamism to be indistinguishable."

What five books on the history of the Atlantic empire does Bernard Bailyn want you to read? Find out here, at the Browser.

"Red or dead." The New Statesman reviews (here) Memoirs of a Revolutionary (New York Review of Books Classics), by Victor Serge.
Posted by Karen Tani at 4:00 AM