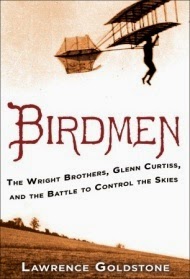 Sorry you were offended with the publicity material. I would prefer, of course, that you read the actual book before commenting, but I could see that you were having far too good a time. It is standard, however, in works of narrative history, such as mine, where the publisher is hoping to attract a general audience, that a certain degree of, shall we say, enthusiasm, is pretty much the only way to do it. For the record, I've seen equal hyperbole in any number of scholarly works, so this sort of language should not be foreign to you. As to playing Cap't Tom--if you are willing to parachute from 5000 feet holding on to a ring, with no other means of attachment to the apparatus, the job is yours.