Sparrow, Novak, and Sawyer, eds., "Boundaries of the State in US History" 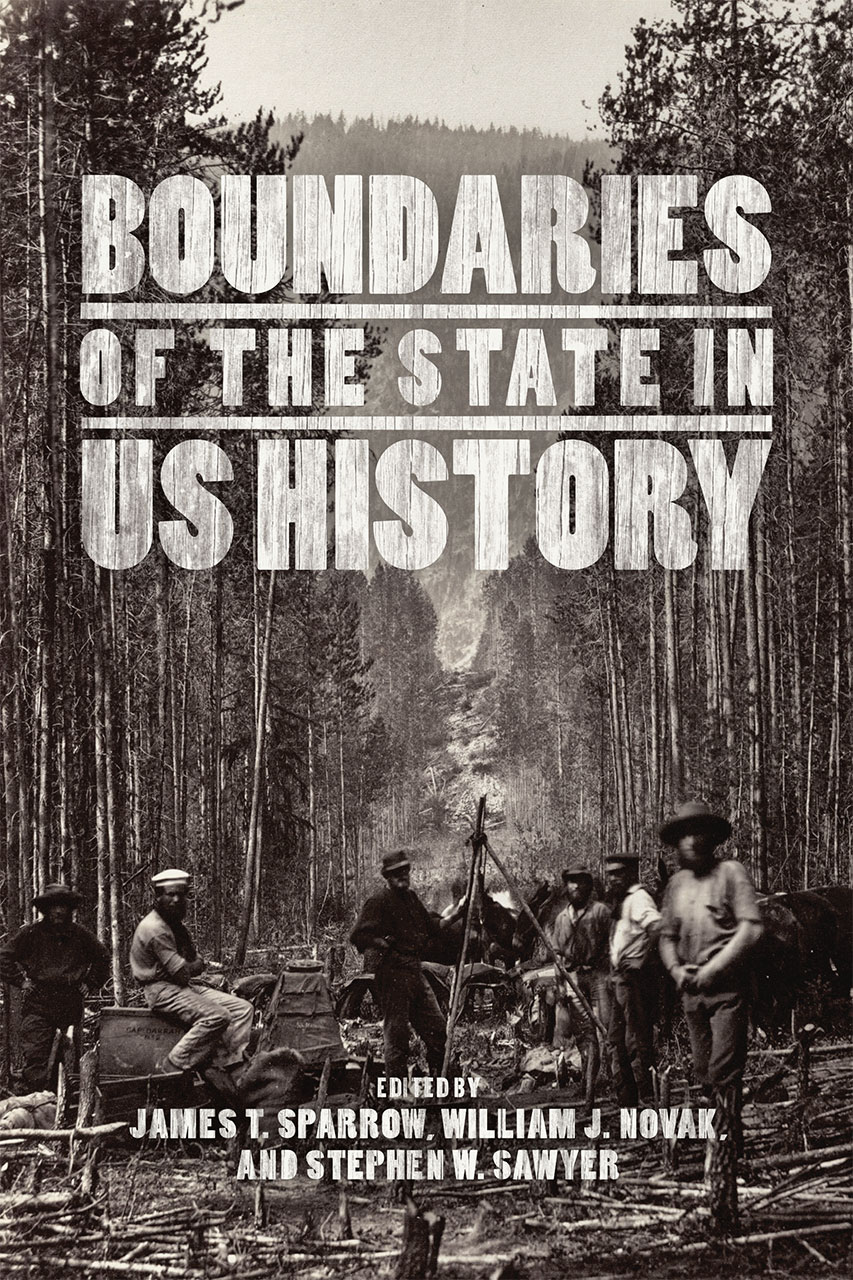 The question of how the American state defines its power has become central to a range of historical topics, from the founding of the Republic and the role of the educational system to the functions of agencies and America’s place in the world. Yet conventional histories of the state have not reckoned adequately with the roots of an ever-expanding governmental power, assuming instead that the American state was historically and exceptionally weak relative to its European peers.

Here, James T. Sparrow, William J. Novak, and Stephen W. Sawyer assemble definitional essays that search for explanations to account for the extraordinary growth of US power without resorting to exceptionalist narratives. Turning away from abstract, metaphysical questions about what the state is, or schematic models of how it must work, these essays focus instead on the more pragmatic, historical question of what it does. By historicizing the construction of the boundaries dividing America and the world, civil society and the state, they are able to explain the dynamism and flexibility of a government whose powers appear so natural as to be given, invisible, inevitable, and exceptional.

Part I : The State and the World

Gautham Rao
One / The Early American State “In Action”: The Federal Marine Hospitals, 1789–1860

James T. Sparrow
Four / Rumors of Empire: Tracking the Image of Britain at the Dawn of the American Century

Jason Scott Smith
Five / The Great Transformation: The State and the Market in the Postwar World

Tracy Steffes
Six / Governing the Child: The State, the Family, and the Compulsory School in the Early Twentieth Century

Elisabeth Clemens
Eight / Good Citizens of a World Power: Postwar Reconfigurations of the Obligation to Give

Omar M. McRoberts
Nine / The Rise of the Public Religious Welfare State: Black Religion and the Negotiation of Church/State Boundaries during the War on Poverty

Richard R. John
Eleven / From Political Economy to Civil Society: Arthur W. Page, Corporate Philanthropy, and the Reframing of the Past in Post–New Deal America

William J. Novak
Conclusion: The Concept of the State in American History

And finally, a few blurbs:

“This outstanding collection captures the full breadth of exciting new work on the American state. The essays challenge us to think in novel and creative ways about the binaries—state and society, republic and empire, public and private, federal and local—that have profoundly shaped historical writing on this institution. They powerfully advance our ability to comprehend the possibilities and perils of democratic statecraft across the entire span of US history. A major achievement.” -- Gary Gerstle

“This resonant collection explores the varieties and powers of the US national state by taking its boundaries and limits seriously. Generating striking insights across a range of fundamental subjects, its thoughtful overviews and absorbing essays offer readers fresh understanding of deep-seated connections between political authority and both domestic society and basic global patterns.” -- Ira Katznelson