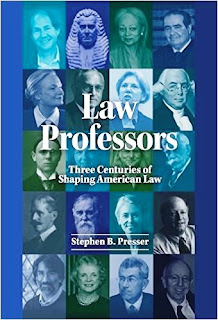 Law professors can exist without law schools. Prior to the Civil War, there existed less than a handful of law schools. The law school in Cambridge (now known as Harvard Law School) had 2 or 3 professors at a time prior to the Civil War. Most lawyer training was in law offices. Some early American lawyers were trained in England. As law schools were established following the Civil War, many lawyers continued to be trained in law offices. The prominence of the law professor is more of a 20th century matter. Now via the Internet and its legal blogs the prominence of the law professor has soared, at least in numbers.