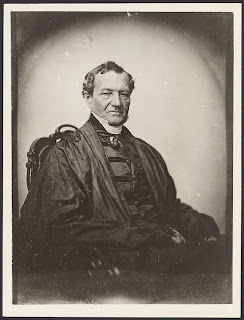 This essay examines the complexity of the social and cultural forces in antebellum Boston that led to the framing and resolution of the legal and constitutional issues in the Charles River Bridge Case. Though often viewed as a clash between models of economic development, the lines of conflict in the case in reality were first honed in pamphlet wars in the early Jacksonian turmoil of the 1820s focusing on other often overlooked contemporaneous Boston free bridge disputes and the birth of a free bridge political party. Boston elites were pejoratively termed “aristocrats” for their support of the Charles River Bridge franchise and accused of defending the creation of exclusive and monopolistic privilege and property through government grant, while proponents of a new competing—and ultimately free—bridge were castigated as “agrarians” and accused of forcibly taking property in order to equalize its distribution in the face of a state-sanctioned privilege. The driving force of the dispute, therefore, turned out to be the acute social anxiety and stress of Boston’s investors and commercial elites. No one better signifies the contours of the struggle than Simon Greenleaf [above left], recently arrived in Cambridge as a law professor at Harvard. Greenleaf, as one of the lawyers for the competing Warren Bridge, stood in opposition to the established Charles River Bridge interests and was responsible for shaping the legal arguments that ultimately prevailed. For that sin, he was pilloried in the public press and ostracized in the community. Greenleaf’s unhappy experience then becomes a metaphor of sorts, allowing us to appreciate how understanding a social environment can assist us in cracking the code of legal arguments, particularly in this instance early Contract Clause and Takings jurisprudence. In the process of examining this historical episode, we might wish to consider under what conditions legal history might be entitled to call itself a form of social history and to speculate whether the critical question for legal historians interrogating these events is not whether law matters, but rather of what matter law is made.

Image credit.
Posted by Dan Ernst at 1:01 AM