Justin O'Brien, Professor of Law and Director of the Centre for Law, Markets and Regulation, University of New South Wales, has published The Triumph, Tragedy and Lost Legacy of James M Landis: A Life on Fire (Hart, 2014): 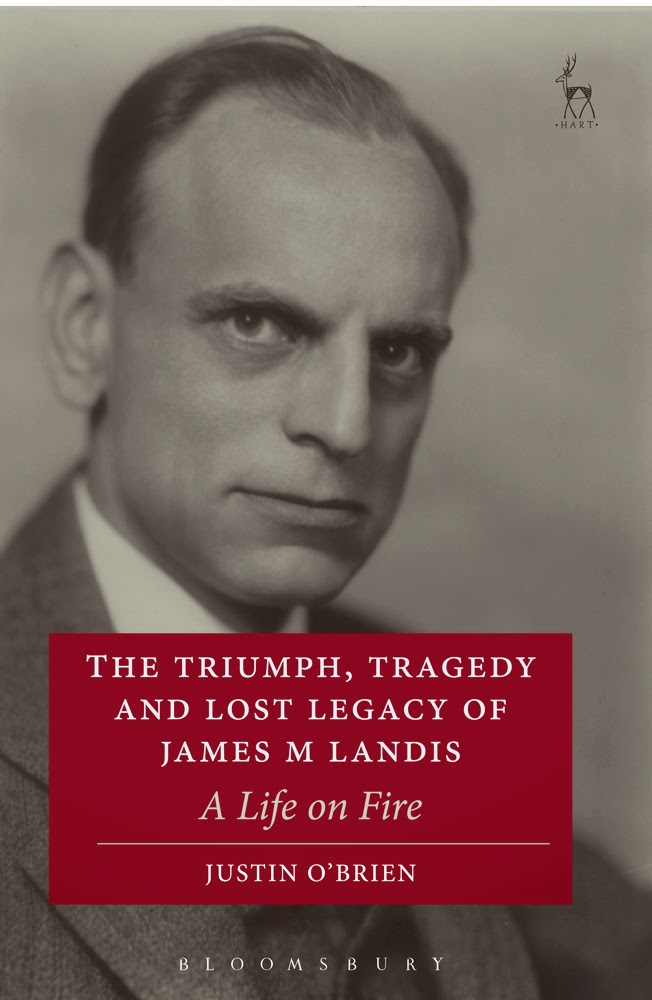 James M. Landis – scholar, administrator, advocate and political adviser – is known for his seminal contribution to the creation of the modern system of market regulation in the USA. As a highly influential participant in the politics of the New Deal he drafted the statute which was to become the foundation for securities regulation in the US, and by extension the founding principle of financial market regulation across the world. He was also a complex and in some ways tragic figure, whose glittering career collapsed following the revelation that he had failed to pay tax for a five year period in the 1950s. The oversight was to cost possible elevation to the Supreme Court, forced prosecution and sentencing in 1963 to one month's imprisonment, commuted to forced hospitalisation, and subsequent suspension of licence to practise. This candid and revealing book sets his life in the context of his work as an academic, legislative draftsman, administrator and Dean of Harvard Law School. In rescuing from history Landis's battles and achievements in regulatory design, theory and practice, it speaks directly to the perennial problems in financial market regulation - how to deal with institutions deemed too big to fail, how to regulate the sale of complex financial instruments and what role can the professions play as gatekeepers of market integrity. It argues that in failing to learn from the lessons of history we limit the capacity of regulatory intervention to facilitate cultural change, without which contemporary responses to financial crises are destined to fail.