The internet seems light on book reviews this weekend. Here's a few that stick out:

Walter Johnson reviews Racecraft: The Soul of Inequality in American Life (Verso) by Barbara J. Fields and Karen Fields and The Problem of Slavery in the Age of Emancipation (Knopf) David Brion Davis for Dissent. 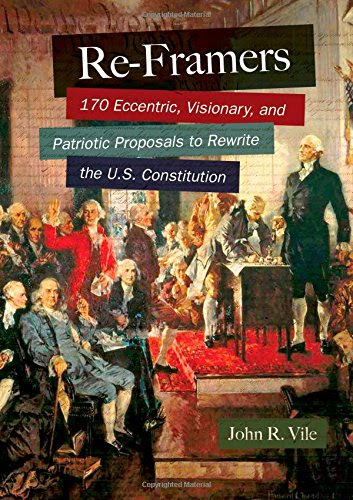 Law and Politics Book Review has released issue no. 10 with a heavy focus on the Constitution. For example, there is a review of Perfecting the Constitution: The Case for Article V (Lexington Books) by Darren Patrick Guerra, and a review of Dean Smith's A Theory of Shield Laws: Journalists, Their Sources, and Popular Constitutionalism (LFBScholarly Publishing). Robert Wigton's The Parties in Court: American Political Parties under the Constitution (Lexington Books) is also reviewed, as is John Vile's Re-Framers: 170 Eccentric, Visionary, and Patriotic Proposals to Rewrite the U.S. Constitution (ABC-Clio) (here). Of the last book, reviewer Stephen Griffen writes,

The New Statesman reviews Juliet Barker's England, Arise: the People, the King, and the Great Revolt of 1381 (Little, Brown).


"Take this sentence, from Juliet Barker’s timely and comprehensive new history of the Great Revolt of 1381, more commonly – and less accurately, as it turns out – known as the Peasants’ Revolt: “It must have seemed to many of those struggling to earn their livings and feed their families that their hard-earned money was being seized only to finance the personal ambitions of powerful princes.” Squint your eyes enough and you can make out a faint image of early 21st-century Britain, with its hollowed-out politics, disconnected elites, deepening inequality and rudderless waves of anger at the savage effects of globalisation."