LaCroix reviews Cornell, A Well-Regulated Militia: The Founding Fathers and the Origins of Gun Control in America 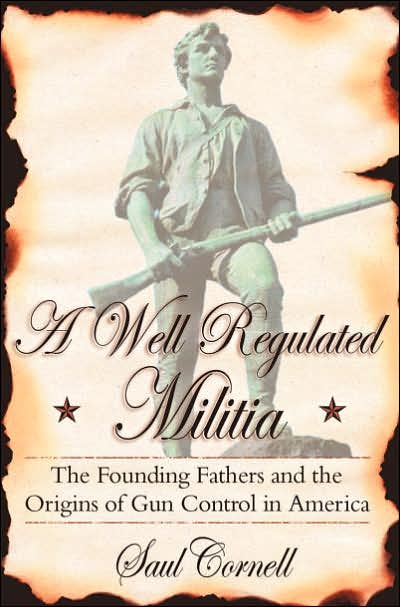 In A Well-Regulated Militia, Saul Cornell challenges [conventional] accounts of the Second Amendment's meaning first by historicizing them, and then by introducing an alternative theory that he contends more accurately captures eighteenth-century conceptions of the right to bear arms....

Cornell argues that neither the individual- nor the collective-rights model offers a complete account of the meaning of the Second Amendment. Both these conceptions, he maintains, arose in the nineteenth century, in the context of later debates concerning the role of gun use and ownership in the United States. In the place of what he regards as these anachronistic interpretations, Cornell offers a "civic" model of the Second Amendment. According to this civic conception, the "original understanding … guaranteed that citizens would be able to keep and bear those arms needed to meet their legal obligation to participate in a well-regulated militia" (p. 2). The civic model thus linked arms-bearing with citizenship by creating a particular constitutional right distinct from common-law rights of self-defense and dependent on the individual's right and duty to participate in the militia.Viewed in light of this civic theory, the aim of the Second Amendment was "protecting the militia against the danger of being disarmed by the government" rather than "protecting individual citizens' right of personal self-defense" (p. 4)....

Along the way, LaCroix raises a question:

Even if modern commentators make claims regarding the original understanding of the Second Amendment, why is this the best lens through which a historian should view the twists and turns of the centuries-long debate about the place of guns in the American constitutional system?