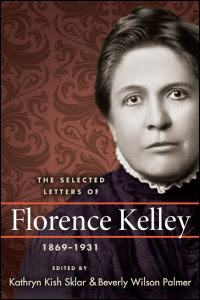 Florence Kelley ran the National Consumers’ League from its founding in 1899 until her death in 1932 – Supreme Court Justice Felix Frankfurter said about Kelley that she probably had a greater impact on social reform than any other American in the first three decades of the 20th Century. Kelley helped lead the fight for the Pure Food and Drug Act of 1906, got enacted the first laws providing for an eight-hour workday and the minimum wage. An ally of W.E.B. Du Bois, she was a founding member of the National Association for the Advancement of Colored People. This volume collects nearly three hundred of Florence Kelley’s letters, embracing such topics as improved working conditions for women and children, efforts to combat race discrimination and the politics of equal rights versus special protections for working women. Please join us for a stimulating discussion of Florence Kelley’s lasting contributions to labor rights in the United States.

Alas, there are movements out there today that would, if they could, undo the progress that Florence Kelley contributed to, and turn back the clock to the "good old days" of laissez faire. I'm reminded of Louis Armstrong's recording of "Loveless Love" (same melody as "Careless Love") and Satchmo's body language with the line concerning a "pure food law" as if there has to be a law for food to be pure. With the recent financial/economic crises, it's clear that self-regulation won't work.