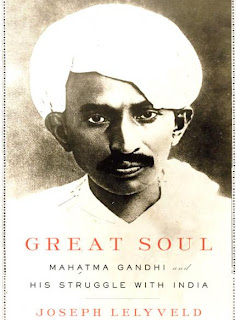 And speaking of Gandhi, I have a blog post, "The Life and Work of Mohandas K. Gandhi: Recommended Reading," at ReligiousLeftLaw.com if perchance some readers are interested: http://www.religiousleftlaw.com/2011/03/the-life-and-work-of-mohandas-k-gandhi-recommended-reading.html

Patrick, thanks for the link and the correction! Further evidence that if my life depended on proofreading, I would be in dire condition.