Looking Back to Look at Ourselves: This Week in the Book Pages

When you think about "the violence that ordinary people inflict on one another," do you believe that we are better off today than 100 years ago? Evolutionary psychologist Steven Pinker thinks so, and credits a long (albeit incomplete and uneven) civilizing process. James Q. Wilson takes up Pinker's new book, The Better Angels Of Our Nature (Viking), in the book pages of the Wall Street Journal (here). 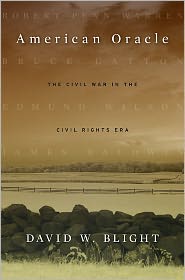 The Chronicle of Higher Education has an interview with David W. Blight on his new book American Oracle: The Civil War in the Civil Rights Era (Harvard University Press). Here's a snippet of the conversation:


Blight: I wrote this book, in great part, as a way of doing some good, serious history of the Civil War Centennial/Civil Rights eras and beginning to reflect on where we are now as a national culture in remembering and explaining the Civil War and Reconstruction. Looking back is almost always the best way of looking at ourselves.

In this week's edition of the New Republic: The Book, you'll find coverage of The Eichmann Trial (Schocken), by historian Deborah Lipstadt. Here's why the book is special, according to the review:


Lipstadt’s book combines a familiar genre of historical summation with a more unusual species of personal and historical reflection. It is a serviceable summary of the events and the major themes of the trial itself. But readers already familiar with this story will not find much to surprise them . . . . [W]hat will grab the reader’s attention most of all is the unusual way Lipstadt interweaves the narrative of the Eichmann trial with more speculative remarks on its significance in relation to revisionism.

Also reviewed: House of Exile: The Lives and Times of Heinrich Mann and Nelly Kroeger-Mann (Farrar Straus Giroux), by Evelyn Juers (here). In a format that is neither fiction nor non-fiction, the book "aim[s] . . . to capture . . . the experience of the European intellectual community in the period before, during, and immediately after World War II."

But there is much for the historically minded, as well. The NYT covers The Swerve: How the World Became Modern (W. W. Norton and Co.), by literary historian Stephen Greenblatt (here); a bestselling biography of Gustav Mahler, now translated into English (here); and Destiny of the Republic: A Tale of Madness, Medicine, and the Murder of a President (Doubleday), by Candice Millard (here) ("Though [James A.] Garfield’s death had little historical significance, Millard has written us a penetrating human tragedy.").


A new issue of the London Review of Books is out.  Non-subscribers may read Daniel Soar's review of The Googlisation of Everything (and Why We Should Worry) (University of California Press), by Siva Vaidhyanathan; In the Plex: How Google Thinks, Works and Shapes Our Lives (Simon and Schuster), by Steven Levy; and I’m Feeling Lucky: The Confessions of Google Employee Number 59 (Houghton Mifflin Harcourt), by Douglas Edwards. 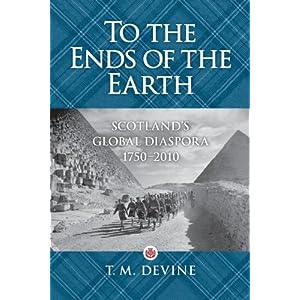 Subscribers will want to check out Neal Ascherson's review of To the Ends of the Earth: Scotland’s Global Diaspora, 1750-2010 (Allen Lane) by T.M. Devine, and The Inner Life of Empires: An 18th-Century History (Princeton University Press), by Emma Rothschild.

This week the Nation reviews two books on China's transformation: Deng Xiaoping and the Transformation of China (Belknap Press), by Ezra Vogel, and On China (Penguin Press), by Henry Kissinger.  The reviews mentioned last week are now available to non-subscribers.
Posted by Karen Tani at 4:00 AM