"This Is Just to Say": This Week in the Book Pages 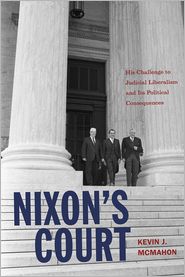 
In looking for justices, Nixon focused on how their appointment and performance would help his own electoral prospects. Thus, he cared about appointing a conservative white southerner, so as to appease the south; a Catholic, so as to make inroads among socially conservative working-class Americans of Italian, Irish, and Polish descent who would later become Reagan Democrats; and a woman. And after a few misfires, Nixon realized that he could not appoint a complete idiot. Nixon also sought a justice who would support his anti-busing and pro-law-and-order positions—and yet the overall picture, in McMahon’s telling, is one in which Nixon cared about ideological conformity but only with respect to these two issues (as opposed to other hot-button issues like pornography, speech, and religion) and not very strongly.

In the book review pages of the Nation, you'll find a review of George F. Kennan: An American Life (Penguin Press), by John Lewis Gaddis. Here's the lowdown, from reviewer Andrew Bacevich:


Enjoying unprecedented access to all Kennan’s papers, having interviewed Kennan and members of his family, Gaddis has taken the measure of his man. Yet even while insisting resolutely on his subject’s claim to greatness, Gaddis succeeds chiefly in revealing Kennan’s frailties and foibles. The man in full turns out to have been all too human.

From this week's New York Times: 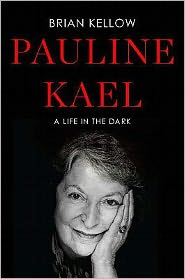 In the latest installment of the London Review of Books:
A new issue of History Today is out. Scroll down to see the reviews section.
Posted by Karen Tani at 4:00 AM