Hide and Seek: This Week in the Book Pages

In the pages of The New Republic: The Book, Howard Markel reviews The Origin of AIDS (Cambridge University Press), by Jacques Pepin. Here's a taste:


Jacques Pepin, a professor of microbiology and infectious diseases at Canada’s Université de Sherbrooke, has tracked the HIV virus in sixteen African nations over the past three decades. He also possesses an encyclopedic command of the world’s literature on HIV/AIDS. Combining his vast experience and knowledge, Pepin has written a model study of epidemiology, microbiology, genetics, and social and cultural history.

Drawing on "a completely different archive than those far more familiar to most historical scholars," including "vast collections of blood samples" from the '50s, '70s, and '80s, Pepin shows how the disease was originally transmitted and spread. Read more here. 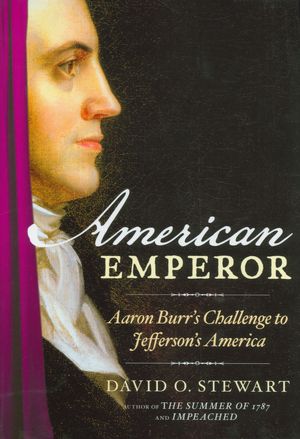 In the book pages of the Washington Post, Joyce Appleby reviews American Emperor: Aaron Burr’s Challenge to Jefferson’s America (Simon & Schuster), by David O. Stewart. Appleby praises Stewart's ability to "convey[] the restlessness, resentment and unmoored fancies that prevailed among the men who had gone west to make their fortune while France, England and Spain continued to jockey for position in the New World." Regarding Burr's famous treason trial, Appleby notes that "Stewart makes a convincing case for Burr’s guilt." Read on here.

Also in the WaPo: coverage of An Honourable Englishman: The Life of Hugh Trevor-Roper (Random House), by Adam Sisman. According to the review, it is a "superb biography" of "one of the most gifted, beguiling and controversial scholars of the 20th century."

In The Nation, Joshua Kurlantzick reviews two books by Thant Myint-U: The River of Lost Footsteps: A Personal History of Burma, "a compelling blend of memoir and Burmese history," and the policy-oriented sequel, Where China Meets India: Burma and the New Crossroads of Asia. 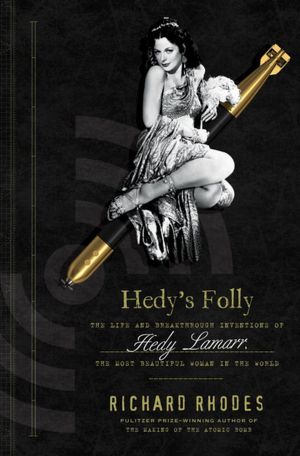 This week, the New York Times features Hedy's Folly: The Life and Breakthrough Inventions of Hedy Lamarr, the Most Beautiful Woman in the World (Doubleday), by Richard Rhodes. It is "the story of how the movie star Hedy Lamarr teamed up with an avant-garde composer to design a sophisticated weapons system during World War II."

Also reviewed in the NYT: Benjamin Cawthra's Blue Notes in Black and White: Photography and Jazz (University of Chicago Press), "a selective and essayistic history on how the still-image camera conferred cultural legitimacy to jazz as black music, for the most part between the late 1930s and the mid-1960s" (here), and Republic Lost: How Money Corrupts Congress — and a Plan to Stop It (Twelve), by law professor Lawrence Lessig (here).

Over at the Wall Street Journal, the review pages cover time travel, the Pill, and printmaking.