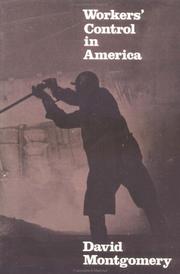 Labor historian David Montgomery has died. When we find a good obituary, we'll update the post. A few friends and admirers have already posted remembrances: here and here.

UPDATE: Here's an excerpt from the Pittsburgh Post-Gazette:

Mr. Montgomery, of Kennett Square, Pa., was professor emeritus and Farnum professor of history at Yale University at the time of his death at Thomas Jefferson University Hospital, Philadelphia, due to a brain hemorrhage. He was 84.

Following military service and college, Mr. Montgomery worked as a self-taught machinist and was an active member of several local unions in the International Association of Machinists, Teamsters and United Electrical Workers Union. He was blacklisted from several machinist jobs for union organizing during the McCarthy era.

"If he hadn't been chased out of it, he'd probably have retired as a machinist," said his son, Claude Montgomery, of Stamford, Conn.

Instead, he returned to academia, getting his doctorate in history from the University of Minnesota in 1962. His doctoral thesis was the basis of the first of six books and more than 85 articles and book chapters he published, alone or with others. His best-known book, "Fall of the House of Labor: The Workplace, the State and American Labor Activism, 1865-1925," was designated a 1989 Pulitzer Prize finalist for nonfiction.

After getting his advanced degree, he taught for a year at Hamline University in St. Paul, Minn., then headed to Pitt. While in Pittsburgh, he remained an active supporter of the city's unions, his son said. Mr. Montgomery moved on to Yale in 1979, where he also was active in labor politics.

He was a frequent speaker at anti-war rallies during the Vietnam War era.

Mr. Montgomery loved academia and labor activism equally, his son said, though the stresses of being department chair at Pitt "persuaded him he much preferred being a teacher than a manager of teachers."

Asked what his father loved about union activism, Claude Montgomery said, "He thought that workers make up the vast majority of this country's population and advocating for them was being for the people. He was a huge advocate for equality and advocating for and working with workers was part of that advocacy.

"He felt that studying the way workers and their movements operated in fact led to a greater understanding of what people should be doing today, both in work places and in their political lives."