Human Rights, "Boomerang" Children, and More: This Week in the Book Pages

The big one this week is Samuel Moyn's review, for the Nation, of The Slave Trade and the Origins of International Human Rights Law (Oxford University Press), by Jenny S. Martinez, and The Justice Cascade: How Human Rights Prosecutions Are Changing World Politics (W. W. Norton & Co.), by Kathryn Sikkink.

The former Moyn calls "an interesting account of how international courts were invented to mitigate the Atlantic slave trade." Here's more:


A Stanford law professor who helped argue Rumsfeld v. Padilla before the Supreme Court, Martinez hopes to bolster contemporary human rights law by claiming that it was formed in the battle against slavery and consequently has already made a great difference to the world. With her single-minded focus, Martinez ends up telling an uplifting story with many blind spots.

In Moyn's opinion, the strategy also has risks: specifically it "risks obscuring the conditions under which the cause of international criminal justice suddenly became so appealing and international courts currently operate." (Moyn contrasts, for example, "Martinez’s stirring story of how Africans were freed thanks to international law" with the reality that "the International Criminal Court, which came into being in 2002 in a completely new context, so far has indicted only Africans.") As to Sikkink's The Justice Cascade, Moyn praises it as "one of the most useful books available about the rise of international criminal accountability." He also notes, however, that "Sikkink’s argument hits a snag when she philosophizes about what made this venture so influential in the world, first in Latin America and then globally":


Calling on the rebarbative political science theory of “norm diffusion,” Sikkink hopes to show that people in local social movements affect actions on the world stage, which is surely true. But like Martinez, Sikkink ignores the darker reasons why morality can shine forth, and why some moralities succeed in attracting powerful backing while others do not. Strangely, she treats power as something that can only deter justice; she says nothing about how power determines which vision of justice prevails.


What is most remarkable about Mochulsky’s memoir is its utter ordinariness; it reads as if he had been dispatched not to Stalin’s Gulag but to the factory floor after all. Such are the humdrum banalities of life as Mochulsky experiences it. And this is the twisted, uncomfortable brilliance of the book, both as a historical document and as a piece of literature, however dry: by reducing the sprawling, all-consuming horror of the Gulag to a series of small concerns and logistical hurdles, Mochulsky shows how an entire system built around the notion of capricious cruelty could function for so long.

Mitt Romney did not grow up in a gulag. Quite the opposite. If you want to read about him instead, TNR also has you covered: The Real Romney (Harper), by Michael Kranish and Scott Helman, is reviewed here.

In the book pages of the New York Times, you'll find a review of two new books on trends in household composition: The Accordion Family: Boomerang Kids, Anxious Parents, and the Private Toll of Global Competition (Beacon Press), by Katherine S. Newman, and Going Solo: The Extraordinary Rise and Surprising Appeal of Living Alone (Penguin Press), by Eric Klinenberg.

Also reviewed Londoners: The Days and Nights of London Now — As Told by Those Who Love It, Hate It, Live It, Left It, and Long for It (Ecco/HarperCollins), by Craig Taylor (here). The book is based on five years' worth of oral histories.

"Now I ain't sayin'" that Sir Walter Raleigh was a "gold digger," . . . but someone at the London Review of Books thinks so. Subscribers may enjoy coverage of two new books on Raleigh, five new histories of the Soviet Union under Stalin, and much more, here. 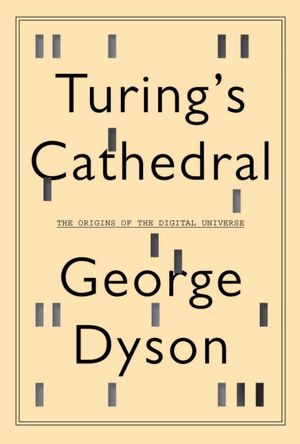 This week the Wall Street Journal covers Turing's Cathedral: The Origins of the Digital Universe (Pantheon), by George Dyson (here). The book chronicles the birth of one of the world's first computers.

The Washington Post has posted an excerpt from Tinderbox: How the West Sparked the AIDS Epidemic and How the World Can Finally Overcome It (Penguin Press), by Craig Timberg and Daniel Halperin. The book is sure to receive more press in the coming weeks.

Have the descendants of your research subjects thwarted you by refusing to grant access to precious documents or squelching unfavorable interpretations of their famous ancestor? If so, you may want to close out your reading today with Laura Miller's light piece, for Salon, on literary executor Dmitri Nabokov. He passed away last week, after decades of tormenting scholars.