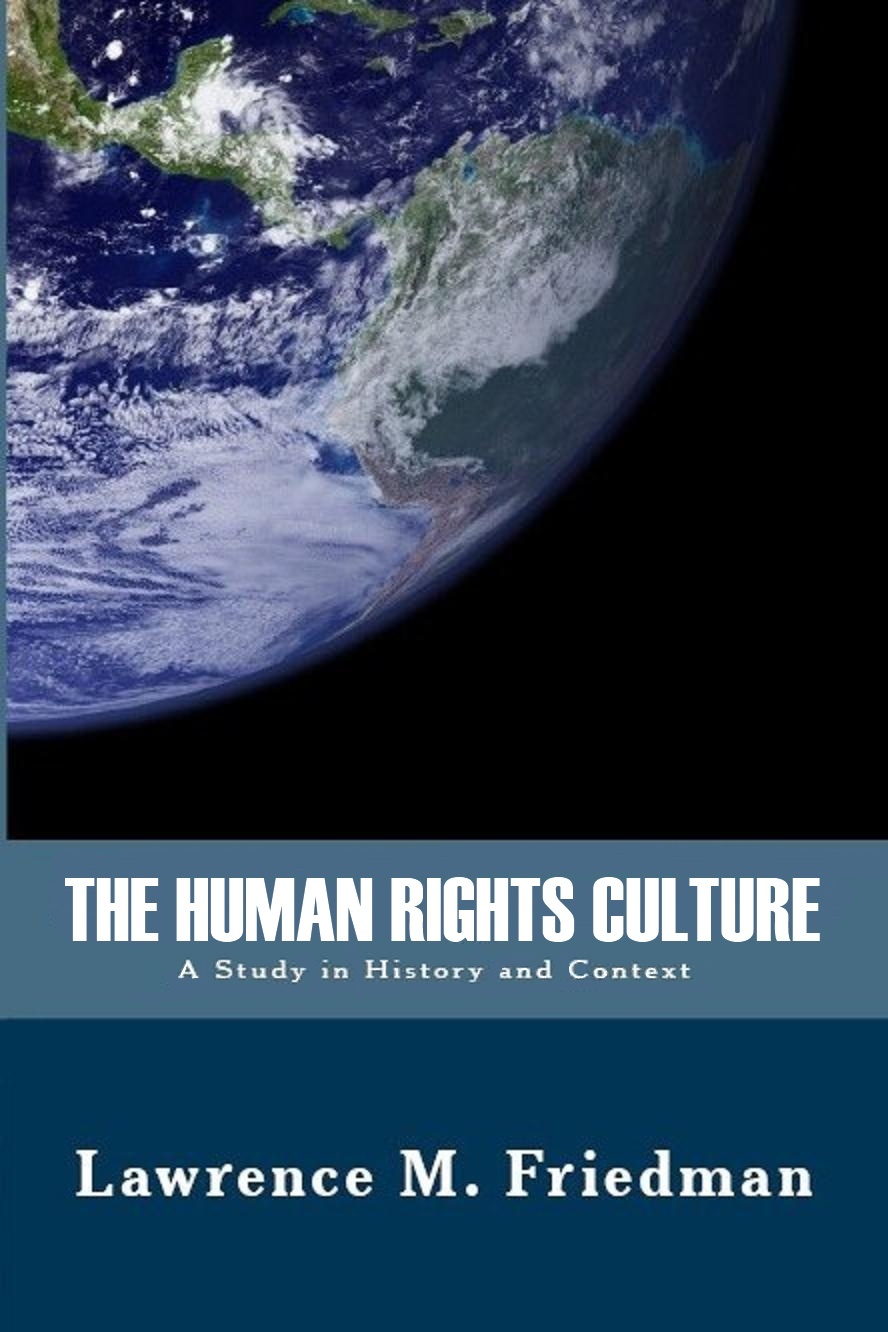 
Friedman argues that the demography of human rights scholars, who are, for the most part, mostly philosophy professors and political theorists, results in scholarship that “has a highly normative flavor” (p.157). Although a sociological approach to this subject is not new, Friedman argues that the meta-questions regarding the reasons for the human rights movements' growing success have largely remained underexplored and unanswered.

And a bit more, on the book's argument:


In eleven short chapters this concise book reconstructs the social history of the human rights movement, while not neglecting its philosophical and legal aspects. Friedman argues that the success of the human rights movements in the past sixty years or so has been a result of a gradually growing culture of human rights. This culture is a product of modernity more than of “Western” values, and therefore it is not surprising to find it budding in non-“Western” countries as well, especially among the educated elites of those counties (pp.74-75). He attributes the rise of the human [*291] rights culture to the rise of "expressive individualism" in both developed countries and among the elites in some non-“Western” countries (pp.48-49).

The publisher of Friedman's book, Quid Pro Books, is the work of a law professor, S. Alan Childress (of Legal Profession Blog), and deserves our support. Please visit their webpage for more information: http://quidprolaw.com/