Over at HNN there is a review of The Limits of Optimism: Thomas Jefferson's Dualistic Enlightenment by Maurizio Valsania (UVA Press).


"Valsania’s final chapter underscores Jefferson’s Darwinian moment—a “demythologizing of imagination.” Jefferson came to realize that humans—evidence comes with his letters to John Colvin (20 Sept. 1810) and John Holmes (22 Apr. 1820)—are “creatures of the present and are committed to the brutal fact of their animal survival. In a word, he admitted the brutality of expediency.” Thus, Jefferson tried to live consistently with philosophical ideals, but found the principle of self-survival to be axial, and found reason, right, law, and morality to be ancillary (149–51 and 157)."

From New Books in History is an interview with Suzanna Reiss in which she discusses We Sell Drugs: The Alchemy of US Empire (University of California Press).

"In American Umpire, Elizabeth Cobbs Hoffman offers a survey-style analysis of the history of both the United States and the country’s foreign policies towards the outside world. Within the work, Cobbs Hoffman presents a revisionist approach to the narratives that were discussed by the cultural and transnational historians who emerged during the early 1990s. In an attempt to shift the conversation away from the discussion of US imperial history, Cobbs Hoffman counters the anti-exceptional narratives offered by Kaplan, Kramer, Foster, Go, as well as a multitude of other academics, by arguing that the American Empire only existed from 1898 to 1946 and that the United States was “the pivot” that led the shift away from empires towards the existence of modern nation-states (pp. 13, 3)."


"In addition, Lynchings in Kansas tends to accept the viewpoint of the mob, assuming the guilt of the lynched person, unless otherwise noted (for an especially troubling example of this, see the discussion of the white-on-black lynching of Hugh Henry in Larned in 1892, pp. 120-121). Furthermore, with the exception of cursory references to the race of the victims, the book spends remarkably little time grappling with the racist implications of the state’s white-on-black lynchings. Indeed, it seems to affirm implicitly Yost’s highly questionable declaration that “the negroes form such a small percentage of the total lynched, a ratio of one negro to four and one-half whites, that the race problem cannot be considered an especially important factor in the state.”" 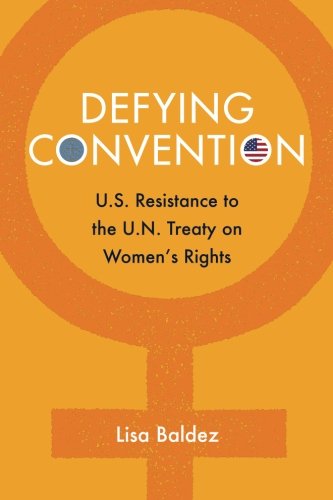 
"This book is a hybrid: part careful history, part policy brief. Enthusiastic advocacy for the convention does not kept Baldez from weighing opposing political arguments and divergent scholarly interpretations in a balanced manner. Her eight chapters divide into three sections: the origins of CEDAW, the evolution of its monitoring committee, and the politics of US consideration. “CEDAW matters” (p. 152), she convincingly asserts, because it has served as a touchstone for foreign policy as well as for national debates over abortion, motherhood, violence against women, and equality between the sexes. Based on a wide array of sources—including government documents (such as printed congressional hearings and State Department memos), legal cases, oral interviews, UN proceedings, memoirs, and newspaper stories—Defying Convention provides the fullest account we have of the domestic and geopolitical forces that have shaped US engagement with CEDAW."