Butterfield, "The Making of Tocqueville's America: Law and Association in the Early United States"

Via the LSA Law & History Collaborative Research Network, we have word of a new release: The Making of Tocqueville's America: Law and Association in the Early United States (University of Chicago Press, Nov. 2015), by Kevin Butterfield (University of Oklahoma). A description from the Press: 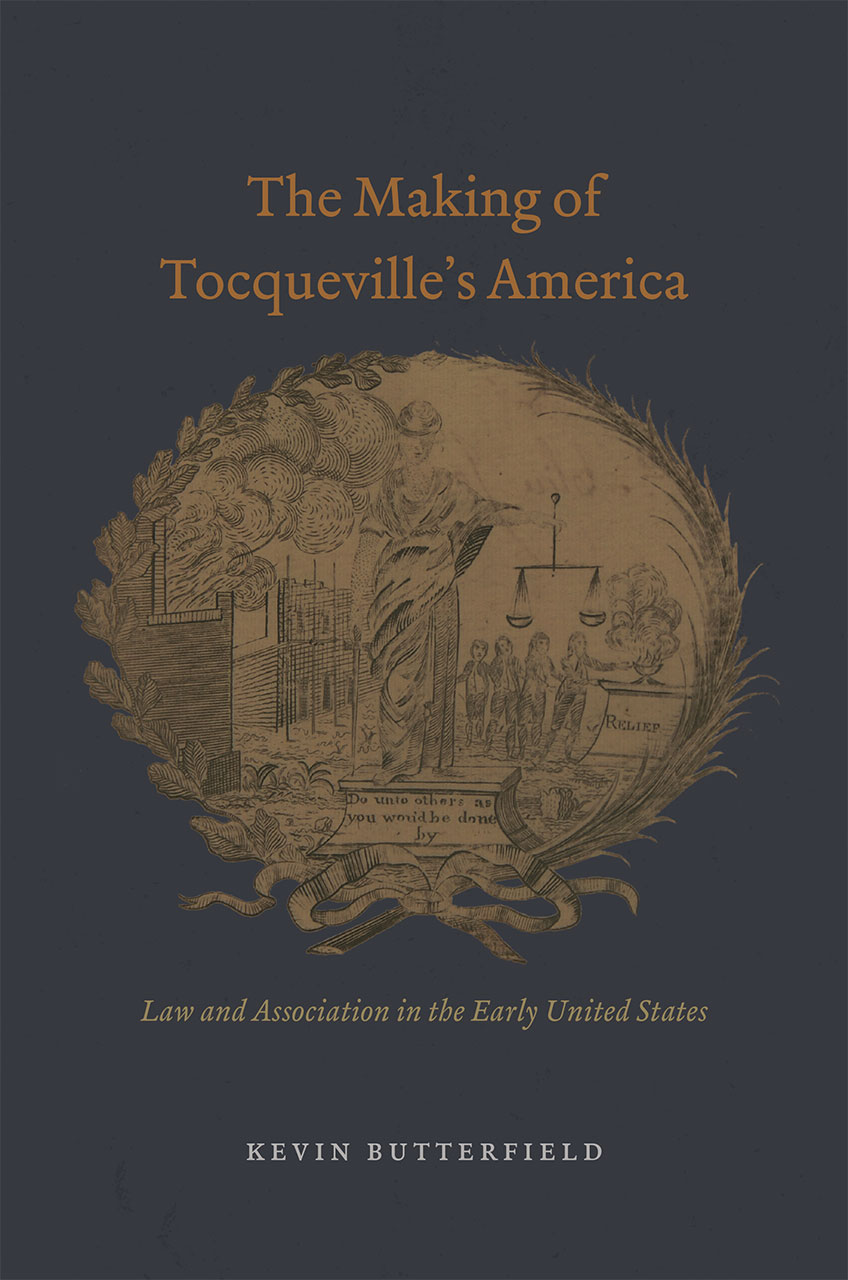 Alexis de Tocqueville was among the first to draw attention to Americans’ propensity to form voluntary associations—and to join them with a fervor and frequency unmatched anywhere in the world. For nearly two centuries, we have sought to understand how and why early nineteenth-century Americans were, in Tocqueville’s words, “forever forming associations.” In The Making of Tocqueville’s America, Kevin Butterfield argues that to understand this, we need to first ask: what did membership really mean to the growing number of affiliated Americans?

Butterfield explains that the first generations of American citizens found in the concept of membership—in churches, fraternities, reform societies, labor unions, and private business corporations—a mechanism to balance the tension between collective action and personal autonomy, something they accomplished by emphasizing law and procedural fairness. As this post-Revolutionary procedural culture developed, so too did the legal substructure of American civil society. Tocqueville, then, was wrong to see associations as the training ground for democracy, where people learned to honor one another’s voices and perspectives. Rather, they were the training ground for something no less valuable to the success of the American democratic experiment: increasingly formal and legalistic relations among people.

“Butterfield’s The Making of Tocqueville’s America is a landmark analysis of the rise of associational civil life in the early American republic. Where the eighteenth-century origins of popular civil society were clearly grounded in sensibility and sociability, Butterfield demonstrates with great force and clarity that a new associational framework of legal rights and procedural formality rapidly emerged in the wake of the Revolution. His analysis solves the problem that Tocqueville struggled to explain in the 1830s: why Americans were simultaneously an individualistic and collectivist people.” -- John L. Brooke
“Butterfield's important new study illuminates the extraordinary new world Alexis de Tocqueville encountered on his American travels—and could not adequately explain. The associational impulse that the great French visitor found so astonishing was not the spontaneous expression of the American ‘character,’ but instead grew out of law-minded members’ struggles to reconcile individual autonomy and collective action. Deeply researched, persuasively argued, and beautifully written, The Making of Tocqueville’s America is a remarkable achievement: it will transform the way we think about the legal and civic culture of the early American republic.” -- Peter S. Onuf