We're back with a full book roundup this weekend. Here's the run-down of legal history related book reviews:

In the LA Times is a review of Ari Berman's Give Us the Ballot: The Modern Struggle for Voting Rights in America (Farrar, Straus, and Giroux).

A complementary review in The New Rambler is that of Bending Toward Justice: The Voting Rights Act and the Transformation of American Democracy by Gary May (Basic).

Slate has a lengthy review of Glenda Gilmore and Thomas Sugrue's new These United States: A Nation in the Making, 1890 to the Present (Norton).


"In their timely, remarkable new survey of America since 1890, These United States, they argue that in many ways we are back to where we started. They begin in the 1890s, when Gilded Age tycoons like Andrew Carnegie and John Rockefeller controlled much of the nation’s wealth and an enfeebled federal government seemed incapable if not unwilling to stop them. And despite the tremendous strides made during the New Deal and Great Society era, in many ways we find the U.S. facing those exact same problems. Provocatively, Gilmore and Sugrue ask whether the greater equalities of the immediate postwar years, when seen in light of the “long” 20th century, seems less like an inevitability and more like an “historical accident.” That they make a compelling case that they do makes this book required reading."

Tom Lewis's Washington: A History of Our National City (Basic) is reviewed in The Washington Post.

Lafayette in the Somewhat United States by Sarah Vowell (Riverhead Books) is reviewed in several places. The review in the New Republic is here, and the review from the Washington Independent Review of Books can be found here. NPR says:


"Be careful about calling Sarah Vowell's latest a history book. The term fits in the broadest sense, sure — but for many, that phrase may also drum up visions of appendices and ponderous chapter titles, obscure maps and pop quizzes. Knee-deep as it may be in the history of the American Revolution, Lafayette in the Somewhat United States doesn't look or act much like its textbook brethren.

Gilded with snark, buoyant on charm, Vowell's brand of history categorically refuses to take itself — or any of its subjects — too seriously."

The Los Angeles Review of Books has a review of Melvin Urofsky's Dissent and the Supreme Court (Pantheon).

An excerpt from Nut Country: Right-wing Dallas and the Birth of the Southern Strategy (University of Chicago Press) by Edward Miller can be found on Salon.

Martha Minow reviews Michal Schudson's The Rise of the Right to Know: Politics and the Culture of Transparency, 1945-1975 (Harvard University Press) for The New Rambler.

"Neither the founders of the nation nor their lawmaker heirs called for a citizens’ right to information during the 19th century or the first half of the 20th. Sociologist Michael Schudson whets the reader’s appetite with this arresting observation, and then offers satisfying case studies with explanations for changes since the 1950s. The book portrays political and social contexts that helped establish unprecedented demands for, and practices of, transparency in government processes and in the lives of public officials, as well as transparency about risks to health, safety, and the environment from economic developments."

H-Net, of course, has added several reviews in the two weeks since our last round-up. A review of Jori Diez's The Politics of Gay Marriage in Latin America: Argentina Chile, and Mexico (Cambridge University Press) is now available.

So too is a review of Louis Masur's Lincoln's Last Speech: Wartime Reconstruction and the Crisis of Reunion (Oxford University Press).

More Civil War history is found in the review of collected volume The Blue, the Gray, and the Green: Toward an Environmental History of the Civil War (University of Georgia Press), edited by Brian Allen Drake.

Also on H-Net is a review of A Few Lawless Vagabonds: Ethan Allen, the Republic of Vermont, and the American Revolution (Casemate) by David Bennett.

Continuing to move back in time, H-Net has a review of Pirates, Merchants, Settlers, and Slaves: Colonial America and the Indo-Atlantic World (University of California Press) by Kevin McDonald. 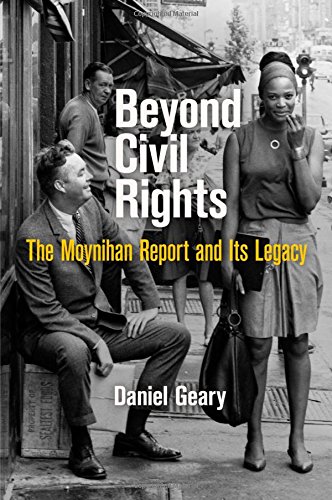 If that's too much reading for you, you can listen to an interview with Azizah al-Hibri, in which she discusses her new book The Islamic Worldview: Islamic Jurisprudence--An American Muslim Perspective, Volume One (ABA Books).

Daniel Geary discusses with New Books his work, Beyond Civil Rights: The Moynihan Report and Its Legacy (University of Pennsylvania Press).

And a last interview from New Books is one with Sam Mitrani, whose most recent book is The Rise of the Chicago Police Department: Class and Conflict, 1850-1894 (University of Illinois Press). 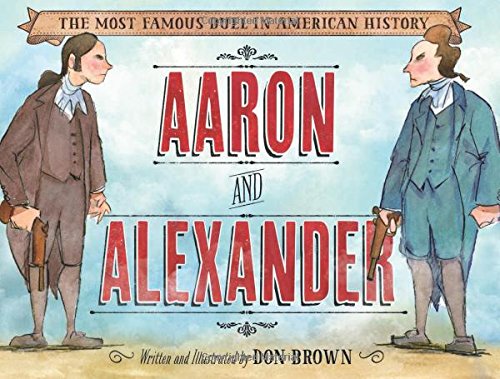 Finally, I heard talk at ASLH of projects in the works for legal history writing for children and youth. So, here is an interesting multi-book review of children's history books in the New York Times, that includes a review of Aaron and Alexander by Don Brown (Roaring Brook Press). Also in this issue of NYT is a review of Most Dangerous: Daniel Ellsberg and the Secret History of the Vietnam War by Steve Sheinkin (Roaring Brook Press), also for young readers.
Posted by Anonymous at 3:30 AM