Symeonides: The right step on the wrong foot toward the First Conflicts Restatement

Symeon C. Symeonides, Willamette University, has posted a new article forthcoming in the Southern Illinois University Law Journal, The First Conflicts Restatement Through the Eyes of Old: As Bad as its Reputation? Here's the abstract: 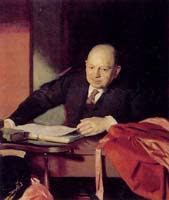 ts Restatement (1934) and its drafter, Professor Joseph Beale, have been the favorite punching bags of every conflicts teacher, well before the Restatement was toppled by the conflicts revolution of the 1960s. Because history is often written by the victors, it is worth asking whether Beale and his Restatement were as bad as their reputation.

This Article is not an attempt to rehabilitate them. Rather it is a necessary historical journey undertaken with all the trepidation of a traveler who expects the worst but hopes for at least some small pleasant surprises. It revisits Beale and the Restatement in the context of their own time–the 1920s–and examines Beale's life and work, the state of American conflicts law before him, the criticisms of his contemporaries, and the imperfect process that produced the Restatement. For the impatient reader, the short answer to the above question is that, generally, the bad reputation is deserved. However, the journey is rewarding for what one discovers along the way.