"Old-fashioned empire is suddenly everywhere," suggests John Fabian Witt, in the opening to an interesting review essay of four recent books in the Harvard Law Review. The books are: 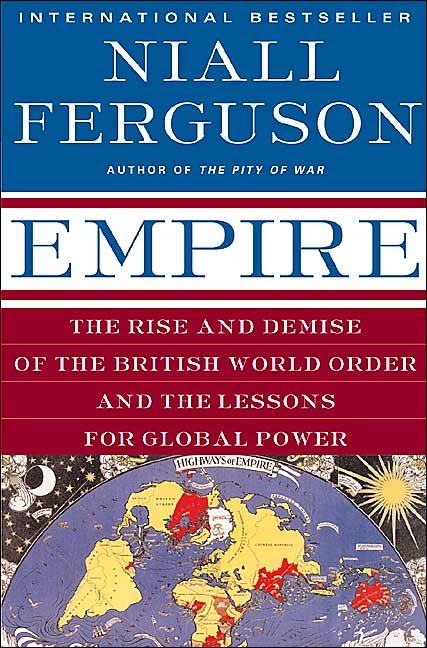 EMPIRE: THE RISE AND DEMISE OF THE BRITISH WORLD ORDER AND THE LESSONS FOR GLOBAL POWER. By Niall Ferguson. New York: Basic Books. 2004.

CONSTITUTING EMPIRE: NEW YORK AND THE TRANSFORMATION OF CONSTITUTIONALISM IN THE ATLANTIC WORLD, 1664–1830. By Daniel J. Hulsebosch. Chapel Hill: The University of North Carolina Press. 2005.

A JURISPRUDENCE OF POWER: VICTORIAN EMPIRE AND THE RULE OF LAW. By R.W. Kostal. New York: Oxford University Press. 2005.

THE POWERS OF WAR AND PEACE: THE CONSTITUTION AND FOREIGN

AFFAIRS AFTER 9/11. By John Yoo. Chicago and London: The University of Chicago Press. 2005.

This essay reviews four books that, among the spate of books on empire in the past few years, shed especially illuminating light on the law of Anglo-American empire during the past three centuries. Part I describes the central tenets of one of the new poles in the early-twenty-first-century constitution of empire: the idea of the imperial executive as advanced by the constitutional lawyer John Yoo in his book, The Powers of War and Peace. Part II turns to two historico-imperial analogies that animate arguments for the imperial executive; in particular, Part II addresses lawyer-historian Daniel Hulsebosch’s Constituting Empire and historian Niall Ferguson’s Empire in order to assess the strengths and limits of analogies between the governance of the British Empire and the idea of the imperial executive. Part III takes up A Jurisprudence of Power, a book by historian R.W. Kostal on the martial law controversy in Jamaica in the 1860s. Kostal’s implicit suggestion is that the overarching continuity in the Anglo-American law of empire over the past 150 years has been the centrality of legal language in moral argument about empire and its virtues, vices, and exigencies. Part IV compares the British imperial constitution with its American counterpart in the early twenty-first century.

The conclusion relates the constitution of the British Empire to the U.S. Supreme Court’s efforts — successful or not, we cannot yet know — to rein in the poles of the debate and to establish boundaries for the legal frame of Anglo-American empire. The Court’s great challenge is that the institutions and discourse of American constitutional law make available a much wider array of possible moves in constitutional argument than the U.S. Constitution’s British antecedents ever did.


For the review itself, available on-line, click here. For a recent review of Kostal, A Jurisprudence of Power, in the Law and Politics Book Review, click here.
Posted by Mary L. Dudziak at 2:32 PM