New from the University of Michigan Press: Supreme Court Confirmation Hearings in the U.S. Senate: Reconsidering the Charade (March 2014), by Dion Farganis (Elon University) and Justin Wedeking (University of Kentucky). The Press explains: 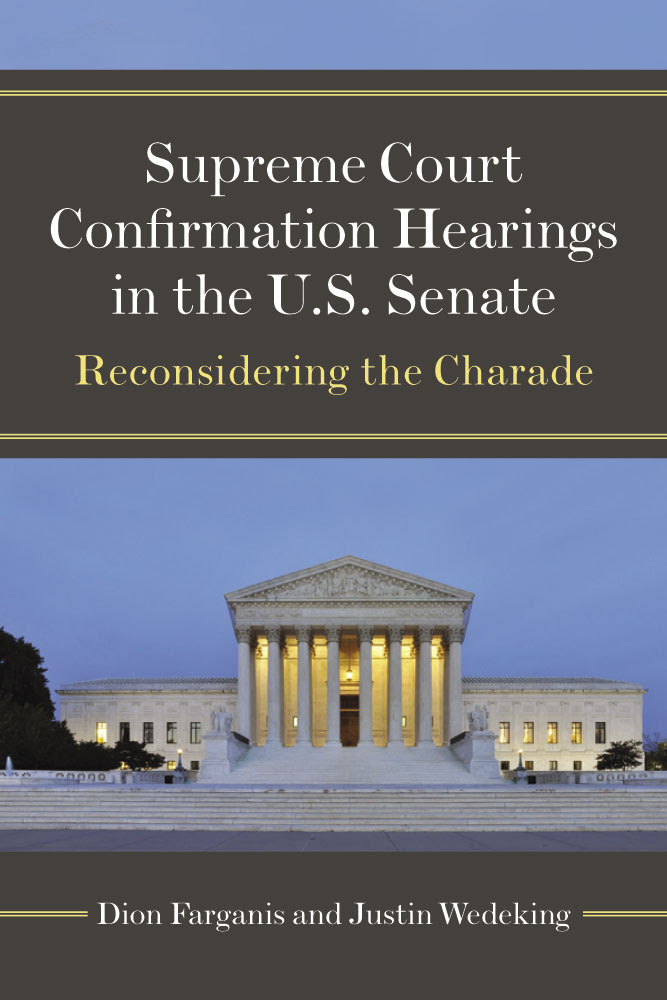 Critics claim that Supreme Court nominees have become more evasive in recent decades and that Senate confirmation hearings lack real substance. Conducting a line-by-line analysis of the confirmation hearing of every nominee since 1955—an original dataset of nearly 11,000 questions and answers from testimony before the Senate Judiciary Committee—Dion Farganis and Justin Wedeking discover that nominees are far more forthcoming than generally assumed. Applying an original scoring system to assess each nominee’s testimony based on the same criteria, they show that some of the earliest nominees were actually less willing to answer questions than their contemporary counterparts. Factors such as changes in the political culture of Congress and the 1981 introduction of televised coverage of the hearings have created the impression that nominee candor is in decline. Further, senators’ votes are driven more by party and ideology than by a nominee’s responsiveness to their questions. Moreover, changes in the confirmation process intersect with increasing levels of party polarization as well as constituents’ more informed awareness and opinions of recent Supreme Court nominees.