Former Guest Blogger Nick Parrillo, Yale Law School, has received the J. Willard Hurst Award of the Law and Society Association for his book Against the Profit Motive: The Salary Revolution in American Government, 1780-1940 (Yale University Press 2013).  Here is the citation: 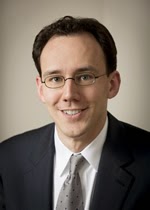 Against the Profit Motive traces the transformation between the late eighteenth century and the early twentieth century in the way public officials were paid. During this period, set salaries, divorced from the profit motive, supplanted alternative forms of income dependent on the delivery of services or the achievement of output.  Through exhaustive and creative archival research, Parrillo uncovers the prevalence in antebellum America of recipients of government services paying government officers a fee (what Parrillo calls a facilitative payment) for the service; in the early period the fees were negotiated by the officer and recipient of services but later were set by statute. He also shows widespread reliance by government on payment of bounties to officials to enforce criminal and civil law and to collect taxes.  Parrillo reveals that facilitative payments fell from favor because the notion that officers should serve their customers was inconsistent with mass democratic politics and interest-group rivalry.  Governments abandoned bounties because they were excessively coercive, failed to secure mass voluntary cooperation, and undercut state legitimacy.  This is a thought-provoking, novel, and magisterial account of the theory and practice of compensation of government officials and public servants and shows how practices that were once considered legitimate and, indeed, desirable to induce careful service became discredited as corrupt.

The book both recovers and reconstructs an unfamiliar historical world and persuasively explains the emergence of key features of modern governance. Weaving together exhaustive archival research with sophisticated theoretical engagement, the book draws our attention to something familiar -- payment of government officials – and makes the familiar seem surprising.  It shows us how to think anew about this familiar topic by reconstructing the profit motive model of payment.  It explores how our revised understanding of this specialized but important topic sheds light on some of the largest issues in political and legal history, particularly the development of institutional legitimacy in American state-building.  Parrillo easily moves back and forth from the particular to the general. With mastery over impressive swaths of secondary literature in history, political science, and law, Parrillo judiciously and effectively draws on other disciplines to bring insight to historical developments.  This is a book filled with smart observations and insights; it is sprawling in its coverage and its use of archival materials, yet it is meticulously organized and constructed so as to carry the reader through a long period of time and a wide array of government operations.