Thanks to Dan and the rest of the folks at the LHB for the opportunity this past month to share some of my thoughts on research and teaching.  It’s been a lot of fun.  Of course, no one likes a guest who overstays his visit.  But at the risk of boring readers one last time, I thought I’d post one last entry on building a subfield. 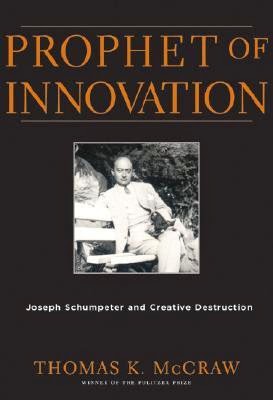 As Dan mentioned previously, I’ve had the honor and privilege of working with a group of interdisciplinary scholars in developing a scholarly field that we’ve been referring to as the “new fiscal sociology.”

Don’t let the name fool you – we’re trying to do more than just appeal to sociologists, though that’s not necessarily a bad thing.  Over the last decade or so, my colleagues and friends, Isaac Martin and Monica Prasad, and I have been trying  to build an interdisciplinary community of scholars interested in exploring how fiscal policy has shaped, and been shaped by, modern life.  We took the inspiration for the field’s moniker from Rudolph Goldsheid and Joseph Schumpeter, who in the early twentieth century referred to “fiscal sociology” as an emerging science that could transcend increasingly narrow disciplines and unite the study of economics with the study of history, politics, and society.  Like many such research projects, ours began in unexpected ways.

About a decade ago, when Monica, Isaac, and I began our academic careers, each of us was working in the field of fiscal history.  In many ways, we thought we were doing our research in isolation, sort of crying in the wilderness about the importance of studying the development of tax and spending policies.  After we met through graduate school and the conference circuit, we realized that there might be others like us with similar research interests.  Over dinner during one of the Social Science History Association (SSHA) conferences, we came up with a short list of other scholars, both senior and junior, who we thought might be interested in participating in a small workshop about our mutual research interests.  We quickly realized that the “short” list wasn’t all that short.

As we began searching for funding for our "little" workshop, we had the good fortune of securing a large grant (thanks to Monica) from Northwestern University.  That grant and additional funding helped us transform our small workshop into a large-scale conference held at Northwestern.  We were also able to secure some funding to hold a graduate student seminar to precede the conference.  With some additional good luck, we were able to convince a number of senior scholars from a variety of disciplines to present their research as part of the conference.

The conference went well.  And from there we proceeded to put the conference papers together into an edited volume, aptly titled: The New Fiscal Sociology: Taxation in Comparative and Historical Perspective.  We probably would have been happy to end our journey there, since we had successfully convinced a critical mass of scholars that studying the history of fiscal policy was an important and worthwhile scholarly endeavor.

But soon after that first conference, we began thinking about how we could reach the next generation of aspiring scholars.  Each of us lamented not having had any serious exposure to the history of fiscal policy while we were in grad school, and we wanted to change that.  Monica was once again able to secure some funding to help us hold a graduate student workshop in conjunction with the annual SSHA meetings.  Thus, for the next several years we held a one-day seminar with about a dozen doctoral students (and occasional post-docs) from fields as various as anthropology, classics, education, history, law, political science, business economics, and sociology.  Since then, we’ve also been able to put together a series of workshops supported by the Social Science Research Council.

Our goal with all the workshops has been three-fold.  First, we’ve tried to introduce students to some of the classic texts in the field of historical fiscal sociology, which we’ve done with a fascinating set of readings from Schumpeter to Charles Tilly to Carolyn Jones.  Second, we’ve given students a chance to discuss their work (e.g. seminar papers or dissertation chapters) with a group of peers who have similar interests, but are from different disciplinary backgrounds.  Third, and perhaps most importantly, we’ve tried to build a community of inquirers with similar research interests who were all intellectually curious about fiscal history.

We’ve probably been most successful with the last aim.  Now that we’ve held six workshops, with funding left for perhaps two more, we have nearly 100 workshop alumni, many of whom are junior faculty at colleges and universities throughout the world.  We haven’t tried to convert all of these smart folks into studying fiscal history, but we like to believe we’ve helped them think more carefully about how their research has been informed by comparative and historical approaches to taxation.

I’m not sure if our experiences can be used as a template for other scholars and grad students interested in field building.  But some of the recent workshops sponsored by the ASLH, and the SSRC program mentioned above, are certainly two ways to begin the conversation.