AND JUSTICE FOR ALL: The United States Commission on Civil Rights 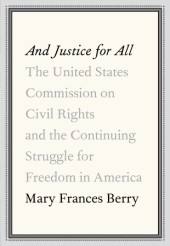 and the Continuing Struggle for Freedom in America by Mary Frances Berry, former Chair of the Commission, is reviewed by Samuel G. Freedman in today's New York Times. Freedman writes:

Berry’s dual roles as author and participant give “And Justice for All” an awkwardly divided personality. For the first half of the book, which deals with the years before her appointment, she functions as a traditional academic historian; in the second half, she becomes a necessarily self-interested memoirist. The unintended consequence is that some of the most powerful episodes in the commission’s history receive the most dispassionate treatment, while seemingly all the minutiae during Berry’s period receive lengthy attention.

What frustrates the reviewer, however, will make the book a valuable resource for historians interested in the Civil Rights Commission during Berry's era. For these scholars, And Justice For All will not be the definitive work, but an essential primary source. 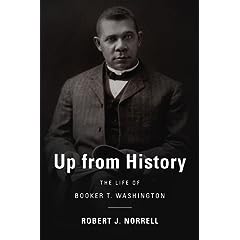 UP FROM HISTORY: The Life of Booker T. Washington by Robert J. Norrell gets a review from Shelby Steele in the NY Times. The review is in large part an essay on black politics and civil rights scholarship, but along the way Steel notes that "it is hard to think of a historical figure more in need of biographical rescue" than Washington, and suggests that Norrell's "attention to historical context has the effect of normalizing Washington." The book allows us to see Washington

at his interminable labors: incessantly fund-raising for Tuskegee in the North, mapping out political strategy with liberal white philanthropists in Boston and New York, fighting with Northern black elites one day and with white nationalist Southerners the next, and then, back at Tuskegee, riding out on horseback in the early morning to micromanage the college’s agricultural operations. And we see a man at odds with his own admonition against protesting racial injustice. He publicly protested “against Jim Crow on railroads, lynching, disfranchisement, disparities in education funding, segregated housing legislation and discrimination by labor unions."

Washington was, Steele writes "a man who lived inside a crucible. As Norrell puts it: 'Having conditions forced on him, with the threat of destruction clearly the cost of resist­a 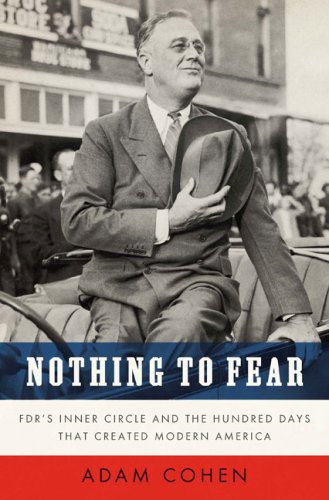 nce, does not constitute a fair definition of accommodation. It is coercion.'"
Matthew Dallek reviews NOTHING TO FEAR: FDR's Inner Circle and the Hundred Days That Created Modern America by Adam Cohen and FDR v. THE CONSTITUTION: The Court-Packing Fight and the Triumph of Democracy by Burt Solomon in the Washington Post. Cohen's book, he writes, is " a valuable addition, a deeply sympathetic and thoroughly convincing portrait of FDR and five of his senior advisers that unearths how the aides' interactions with Roosevelt helped to spawn the New Deal." The author "reminds us of the obstacles FDR faced within his administration, in the Congress and through 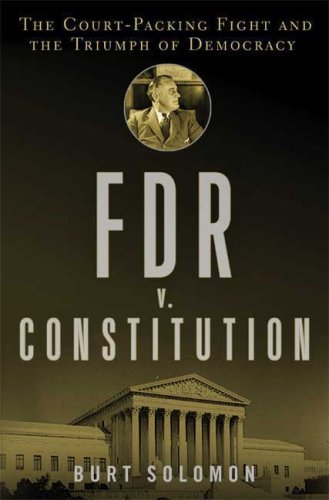 out the government. None was so intimidating as the conservative Supreme Court, which struck down several New Deal laws in the mid-1930s."

However, "FDR's court-packing plan didn't mortally threaten American democracy, as journalist Burt Solomon claims in FDR v. The Constitution." Dallek finds Solomon's book to be "a missed opportunity to explain some of the structural limitations on FDR's reform agenda, the ways in which political and institutional forces combined to quash his audacious efforts to overhaul the Supreme Court and ensure the survival of his liberal program to save capitalism from its own worst excesses."
Posted by Mary L. Dudziak at 10:11 AM