been remembered around the blogosphere. J. Gordon Hylton writes:

The noted historian, Professor David Herbert Donald of Harvard University, passed away on Sunday, May 17, at the age 88. Professor Donald was a two-time winner of the Pulitzer Prize for Biography and was widely recognized as the preeminent Lincoln scholar of the twentieth century. Although not normally classified as a legal or constitutional historian, scholars who work in those fields are enormously indebted to Donald’s work, particularly in regard to the era of the Civil War and Reconstruction. 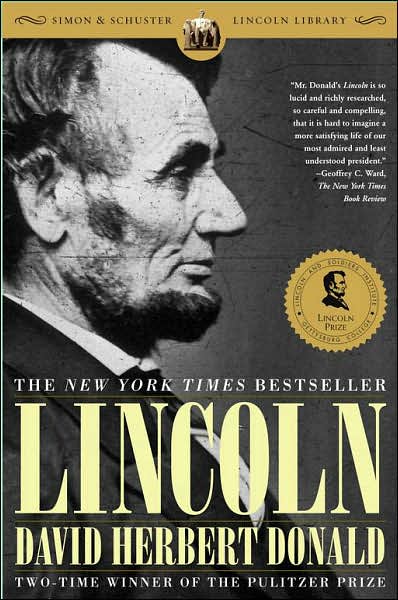 Donald...may have had his greatest influence through a small book of essays, LINCOLN RECONSIDERED: ESSAYS ON THE CIVIL WAR ERA(1956), that went through two further expanded editions. This remarkable book helped spur study of Lincoln's evolving historical and political reputation, as well as illuminating various aspects of Lincoln's political, legal, and constitutional views. In 1995,Donald's biography, LINCOLN, swiftly won general recognition as the definitive life of the sixteenth president, due to its lucid prose,its formidable research, its balanced and even-handed view of its subject, and its interpretative strategy of presenting events as Lincoln saw, heard about, or otherwise experienced them. In 2004, he published "WE ARE LINCOLN MEN: ABRAHAM LINCOLN AND HIS FRIENDS, a study that supplemented his biography. He also published a volume of selections from the Civil War diaries of Treasury Secretary and Chief Justice Salmon P. Chase, INSIDE LINCOLN'S CABINET.

More from Bernstein is here. Donald is also remembered by Gil Troy on HNN, Al Brophy at the Faculty Lounge, in the NY Times and many other papers.
Update: following up on a DAH's suggestion in the comments, you can find Donald discussing his work on Book TV on YouTube.
Photo credit.
Posted by Mary L. Dudziak at 7:15 AM

Donald was interviewed on SPAN one entire Sunday afternoon about seven or eight years ago.

If that is rebroadcast, perhaps an editor of this blog can alert its readers.