Gerhardt on Whig Presidencies and the Unitary Executive Thesis

Michael J. Gerhardt, University of North Carolina School of Law, has posted Constitutional Construction and Departmentalism: A Case Study of the Demise of the Whig Presidency, which also appears as University of Pennsylvania Journal of Constitutional Law 12 (2010 ). Here is the abstract: 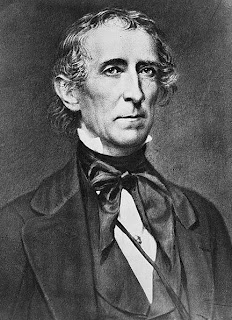 In this contribution to a symposium on Steven G. Calabresi’s and Christopher S. Yoo’s The Unitary Executive: Presidential Power from Washington to Bush, Professor Gerhardt uses the case study of the demise of the Whigs’ conception of presidential power to demonstrate that the development of presidential power is more complex than Calabresi and Yoo suggest in their study. They provide readers with the instances in which presidents and the other branches have sided with the theory that presidents should control the exercises of all executive power, but their survey is incomplete. In fact, presidential power develops through the intricate interaction between the president and the other branches and between presidents and other presidents over time and presidents and their subordinates. The demise of the Whig conception of the presidency illustrates this development in practice. The Whigs maintained that the presidency should be subservient to the will of Congress, but this view quickly collapsed from the lack of support from a series of presidents and the failures of the Congress to counter-act strong assertions of power by presidents over the span of a couple decades. The Calabresi-Yoo account of the unitary theory of the executive requires support from the other branches, which has been notably absent over the course of American history.

Image credit: John Tyler.
Posted by Dan Ernst at 1:34 AM

The Calabresi-Yoo book is a text-book example of what the late Paul Murphy (quoting Howard J. Graham) called "law office history." See Murphy's "Time to Reclaim: The Current Challenge of American Constitutional History," 69 Am. Hist. Rev. 64, 77 (1963). The authors have picked and selected and woven bits and pieces gathered here and yon and, all of a sudden, out pops a 544 pager, published by Yale no less, advocaced a highly partisan view of the presidency. It's a classic all right.